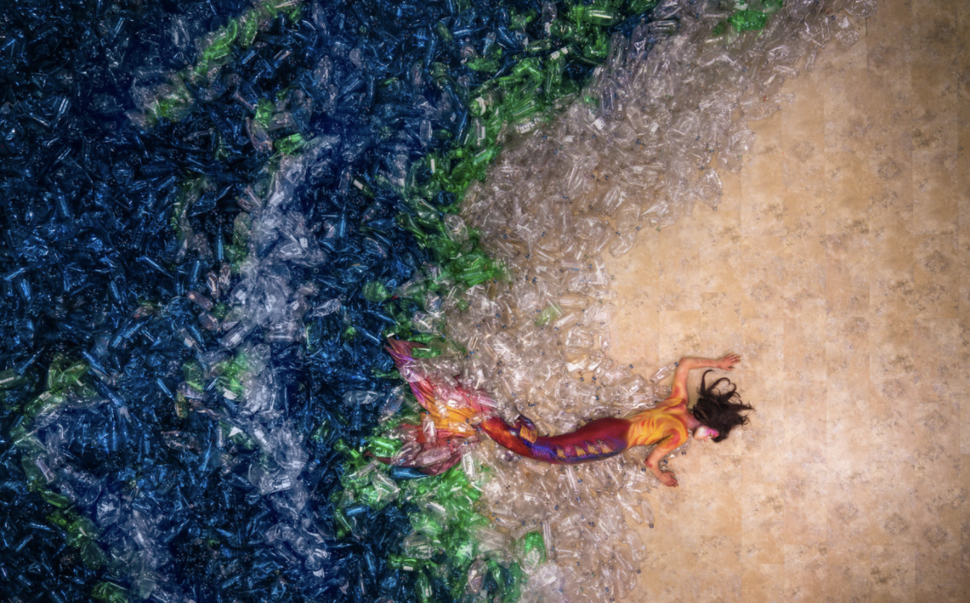 Artist Benjamin Von Wong is drawing attention to an ugly problem with some beautiful pictures.

Von Wong’s mermaid photo series, which he staged and shot last year, features a woman dressed as a mermaid, drowning in thousands of plastic bottles. By visualizing the massive problem of ocean plastics pollution, Wong is hoping the series will get people to take action.

“I really wanted people to realize that within their lifetime, they would be personally responsible for generating 10,000 plastic bottles of waste,” Von Wong told HuffPost. “I wanted them to feel like they could make a personal difference … to talk to their close friends and family about it.”

Von Wong used 10,000 real bottles in the shoot, to represent the number of bottles a person likely tosses in their lifetime. The average American goes through 167 bottles per year, according to a 2007 article from Fast Company ― reaching 10,000 bottles by age 60.

Wong’s video on the project clearly has gotten some people talking: Posted in December, it has garnered 30 million…