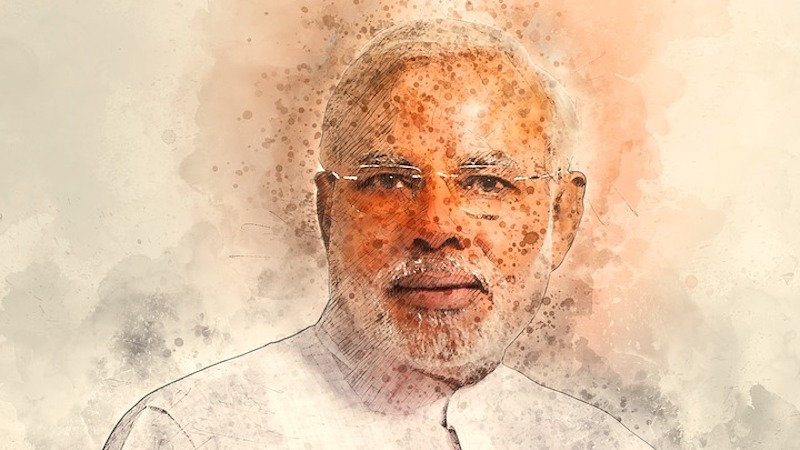 India’s environment has been subjugated to the whims of the prime minister’s industrial cronies. How can the world believe him on climate change?

On Thursday, 22 May, 2014 – Narendra Modi’s last day as chief minister of Gujarat, the western Indian state he had ruled for 12 years – the prime minister-elect waved to his supporters at Ahmedabad airport.

A smiling Modi stood on the stairs of the aircraft that would whisk him to Delhi and the pinnacle of Indian power, but even amid the jubilation some eyebrows were raised. Behind the soon-to-be globally famous waist-coated figure, a purple and blue legend was stamped across the fuselage – “adani”.

As chief minister, Modi had flaunted norms and processes unapologetically, but even some followers and ‘bhakts’ (devotees), were embarrassed by his open display of cronyism with fellow Gujarati and trader-turned-tycoon Gautam Adani, whose remarkable ascension to power and pelf has run parallel with Modi’s own rise to the top.

Those familiar with Modi’s standard electioneering procedure knew that every day of his iconoclastic campaign, Modi had taken off from Ahmedabad in an EMB-135BJ, an Embraer business jet, to address rallies across the country. The plane was owned by Karnavati Aviation, a company in the Adani Group. Modi’s old friend ensured the man he wanted to be India’s prime minister came home to rest each night.

In fact, a fleet of three Adani-owned aircraft – the jet and two choppers – had served the leader. The pilot of the Embraer reportedly said it had been bought by the Adani family in anticipation of Modi’s busy election schedule. Adani maintained that Modi was paying for the use of his aircraft. After the electoral commission got sticky about candidate-corporate cronyism and demanded declarations of electoral spending, Modi’s Bharatiya Janata Party (BJP) said it spent Rs 77.83 crore ($12.57 million) on chartering aircraft for its star campaigners.

How much was paid to Adani companies is not known. How much else Adani gained from this high-flying association is however a matter of high public interest and much reported, as is Modi’s keenness to be the transformational leader who will make India the top global industrial destination.

His sights are clearly trained on the world. Modi has built his stature through an international charm offensive, the latest iteration of which was his recommitment to the goals of the Paris climate accord.

In his speech announcing the US’ withdrawal from the deal this month, president Donald Trump singled out India, accusing them of rent-seeking to the tune of “billions and billions and billions” on the back of the UN accord. Modi fired back at Trump in a joint announcement with French president Emmanuel Macron – with whom Trump has a short but confrontational history. Modi said India would go “above and beyond” the accord in the fight to stop climate change. On Monday, at a meeting with Trump at the White House, the subject was studiously ignored as the two leaders skirted their differences.

It was a remarkable turnaround for a country that has long been suspicious of the UN climate process. In 2015, Modi told the climate conference that delivered the Paris accord that “the consequences of the industrial age powered by fossil fuel are evident, especially on the lives of the poor”. Now, he said “the world’s billions at the bottom of the development ladder are seeking space to grow”. In other words: the rich world did this, they can deal with it.

Less than two years later, Modi is positioning India as one of the global climate elite and seeking the investment and plaudits of large economies. In reality, India’s coal development threatens to blow its national climate goals and with it, the international target to hold global warming “well below 2C”.

A report released in April identified 370 coal power stations in planning and construction across the country. If all go into operation, it will be all but impossible to meet, let alone exceed India’s Paris commitment to get 40% of its electricity from non-fossil fuel sources by 2030.

“India’s Paris pledges might be met if they built these plants and only ran them 40% of the time, but that’d be a colossal waste of money, and once built there’d be huge incentives to run the plants more despite their contrary climate goals,” said study author Steve Davis, an associate professor at the University of California Irvine.

Modi has gained a reputation as a solar champion but one that lacks nuance. India does have ambitions to install 100GW of solar power by 2022, which the government has incentivised. There is a rub though, even as global and Indian majors – including Adani – show great interest. SA Aiyar, consulting editor of the Economic Times, warned in April that India’s power infrastructure was not ready to absorb its dash for solar. “We should hurry slowly,” he said. An oversupply of electricity – a paradoxical problem that exists in India even with its 200 million people who lack access – could cripple the thermal electricity sector, which India still relies on for supply, and the banks that have underwritten it.

Despite India’s formal position and even as Modi throws himself behind the Paris agreement, Adani is adamant he is going to construct an enormous coal mine in the Australian outback. In this he has prime minister Modi’s blessing. “We see Adani as a flagship project,” an Indian trade official told the Canberra Times in April. The State Bank of India has signed a memorandum of understanding with Adani for a $1bn loan to the project.

According the company, the mine would see 2.3bn tonnes of coal dug up over a predicted lifetime of 60 years. The most obvious place for that coal to be burnt is in Adani’s fleet of power stations back at home.

Modi tells the world what it wants to hear but his primary constituency is a group of industrial cronies – of whom Adani is first among equals – whose interests are unaligned with actions that address climate change, nor any of India’s plethora of environmental crises.

The relationship with Modi is far from covert. Adani – along with some other businessmen – regularly accompany the prime minister on state visits. Generally, the pair’s interests are viewed as synonymous. At the peak of Modi’s obstreperous relationship with BJP paterfamilias Lal Krishna Advani, a former mentor the prime minister no longer had use for, Modi’s bête noire and Delhi chief minister, Arvind Kejriwal, tweeted a telling piece of advice to Advani: drop the ‘v’ from his name and all would be well. The jest was a deadly serious one and a remarkable commentary on Modi; his motivations, the company he keeps and the counsel that prevails with him.

Cronyism has long been a way of life in India. A vast country of 1.3 billion people, sharply stratified with the richest 1% owning 58% of the total wealth, India ranks in the top ten of the Economist’s list of countries with a sizeable crony sector. For the first time in the history of independent India, however, accusations of business cronyism are now regularly levelled at the prime minister’s office, with Gautam Adani the centrepiece of the conversation.