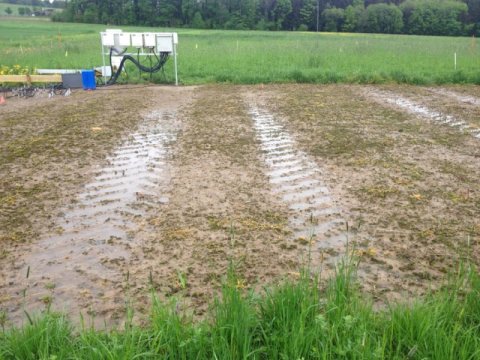 Soil compaction is a global threat to soil ecosystem services, causing tremendous costs to society. The costs of soil compaction are borne by the cumulative loss of soil functionality (e.g. yield loss) following a compaction event until the soil has functionally recovered. Although soil compaction is relatively widely studied, there is a lack of reliable observations and metrics for soil structure recovery rates after compaction.

In the April issue of Vadose Zone Journal, researchers describe the objectives, the design, the implementation, and monitoring concept of a long-term field experiment for monitoring post-compaction evolution of soil structure, referred to as a soil structure observatory.