Mostly False: Politifact Blows It On Al Gore, Trump, And The Paris Climate Accord 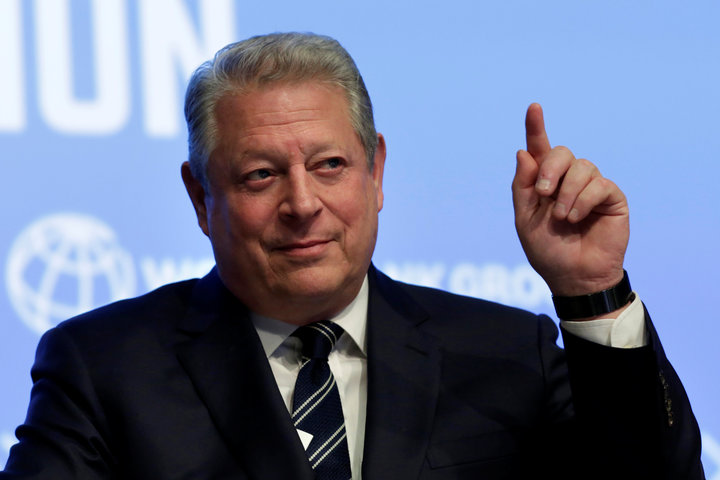 Yesterday I saw that “al gore on trump climate change” was trending on Google, so I checked it out. It turns out Politifact recently gave Al Gore a “Mostly False” rating for stating, reasonably, that “a majority of President Trump’s supporters and voters wanted us [the U.S.] to stay in” the Paris climate accord. Since that was over a week ago and I didn’t hear about it, I assume Google’s data is a window on the right-wing epistemic bubble.

Politifact really blew this one, making silly critiques of Gore’s statement and presenting fossil-fuel talking points as if they’re facts. No wonder it’s getting passed around on just one side of the political divide.

Wordplay. Politifact’s first point is that the poll Gore relied on (conducted by researchers at Yale and George Mason University) was only 47–28. As in, 47 percent of Trump supporters thought the U.S. should stay in the Paris agreement, and 28 percent favored backing out (25 percent said they didn’t know). Aha! says Politifact, “majority” means “more than half.” Forty-seven percent is technically a “plurality.”

This is silly. In common speech, people often use “majority” to mean just the largest number. In fact, if you type “majority definition” into Google, the first definition that comes up is “the greater number.” You can also think of “majority” as shorthand for “simple majority,” which is the same as a “plurality.”

Is 47 a “greater number” than 28? Is it larger than all the other numbers in the poll? Indeed, it’s a 19-point spread — a veritable walloping in the world of polling and voting. It’s what we often refer to as “most” or “the majority.” If only Gore had known he was in political science class, not appearing on This Week with George Stephanopoulos.

Common sense says his statement rates at least “mostly true.” But we can do better. Politifact frames its own task as deciding whether Gore was right to “ma[ke] it sound like [Trump’s] decision was out of step with his supporters.” With 47 percent opposed and 28 percent in favor, “out of step” is more than fair. So why the fuss?

In its defense, Politifact admits that its analysis “might seem nitpicky.” That’s actually the most insightful statement in its piece.