Mother and Kittens Signal a Long-Awaited Milestone for Florida Panthers 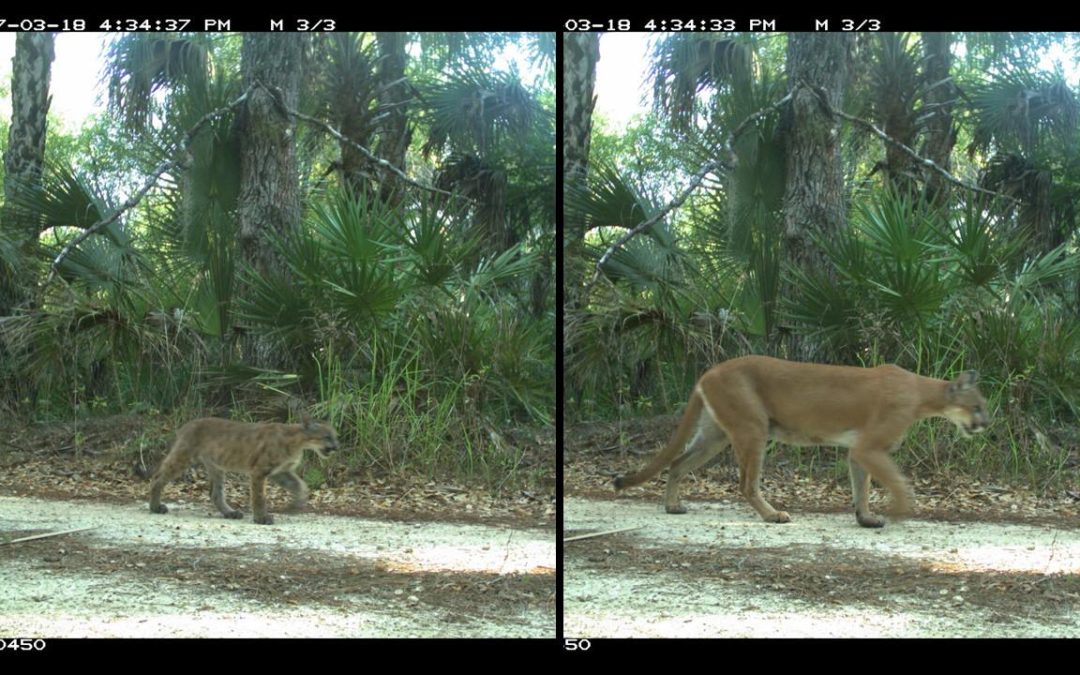 Panthers on the move in Florida!

For the past forty years, female panthers have been stuck in south Florida. Males have come and gone, venturing northward, but not a single female had ever migrated beyond the Caloosahatchee River—a major impediment to dispersal, and, therefore, expansion of the species. All this changed in November 2016, when a mom-to-be braved the river’s water, swam across into new territory, and carried with her the hope of an entire species.

Only months later, a camera trap captured the image of a miracle: silhouetted against a backdrop of saw palmetto, two kittens following closely behind their intrepid mother—a sight that hadn’t been seen north of the river throughout the entire history of the Florida panther recovery effort.

Defenders has worked to realize this vision for years. Before we had time to celebrate, though, another female was documented north of the river, as well as a separate pair exhibiting what appeared to be mating behavior. With this massive step forward, it is hoped that these females will continue to produce kittens and carry on the northbound expansion that is so critical to the species’ recovery.