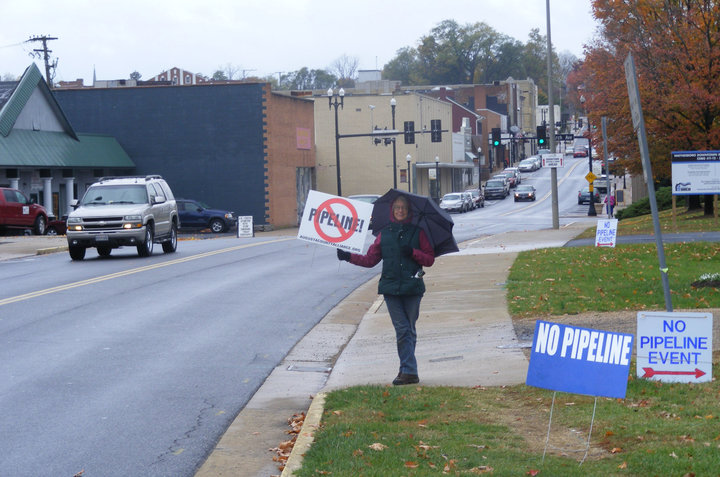 Amid intensifying fights over new natural gas pipelines in Virginia, New Jersey and New England, the gas industry is ramping up its defense with a new front group meant to appeal to East Coasters, who have mostly avoided the fights over oil and gas development that have rocked Western states.

Your Energy launched quietly in Virginia last month, ahead of a November gubernatorial election that is shaping up to be a “referendum on pipelines,” as one local newspaper put it.

The group, which is funded by the American Gas Association, debuted as a co-sponsor of a conference at the Virginia Chamber of Commerce on May 24. Jim Cheng, who served as secretary of commerce under then-Virginia Gov. Bob McDonnell (R) and is not on the group’s payroll, spoke on its behalf.

“I am here today assisting a new organization, called Your Energy Virginia, that was created to raise the energy IQ of Virginians about the many benefits of natural gas,” said Cheng, according to audio obtained by HuffPost. “And to try to follow on these radical and uniformed elements within your communities that try to intimidate or shut down pro-energy supporters.”

As the name implies, Your Energy paints itself as a grassroots organization, something akin to the Sierra Club or the American Civil Liberties Union, but for folks who support natural gas. Its Virginia chapter’s website features promotional materials about the economic and environmental benefits of natural gas and prompts visitors to join by submitting their names, email addresses and ZIP codes. The only indication that Your Energy is a public relations campaign paid for by a major industry association appears on the privacy policy page.

The website is much clearer about Your Energy’s adversaries: The group vows to stand up to “anti-energy opponents, often out-of-state extremists,” that are “spreading misinformation and fear to stop natural gas and energy infrastructure.”

This is just the Virginia arm of a national-level Your Energy America campaign that the American Gas Association is rolling out this year. There’s an active website in Connecticut as well, and domain names have been registered in Ohio and New Jersey. Dave McCurdy, the American Gas Association president and chief executive, said his group plans to expand to more states, including on the West Coast, by the end of the year.

“The whole principle behind Your Energy is that we reject the false choice of an opposition movement that believes keeping natural resources in the ground is the only solution to climate change,” McCurdy told HuffPost. “That’s not just a false choice; it’s a dangerous choice.”

Gas companies have faced fierce opposition to new pipelines in places like Colorado, Utah and Oklahoma over the past decade. In 2014, the Western Energy Alliance brought on a lobbyist nicknamed “Dr. Evil” who encouraged the industry to wage “endless war” against environmentalists, smearing them as “radical,” “extremist” and conspiracy-minded clods. In the last few years, those fights have moved eastward as companies move to build up pipeline infrastructure in such states as Connecticut, Maryland and New Jersey, with mixed results. Virginia, the nation’s 12th-most populous state, has become a hotbed for pipeline disputes as companies seek to build two new conduits across the state.

The politics surrounding natural gas can get dicey. It is a fossil fuel, and the biggest industry players are the same corporations that produce oil, a fuel with a much higher emissions footprint. The drilling technique that made natural gas cheap and abundant in the U.S. ― hydraulic fracturing, or fracking ― involves blasting water laced with chemicals and sand deep underground to split bedrock and release gas. Traces of those chemicals have been found in groundwater, and fracking operations have been linked to earthquakes in Oklahoma, Pennsylvania and Canada. Drilling sites regularly leak methane, a major component in natural gas and a powerful greenhouse gas that traps…