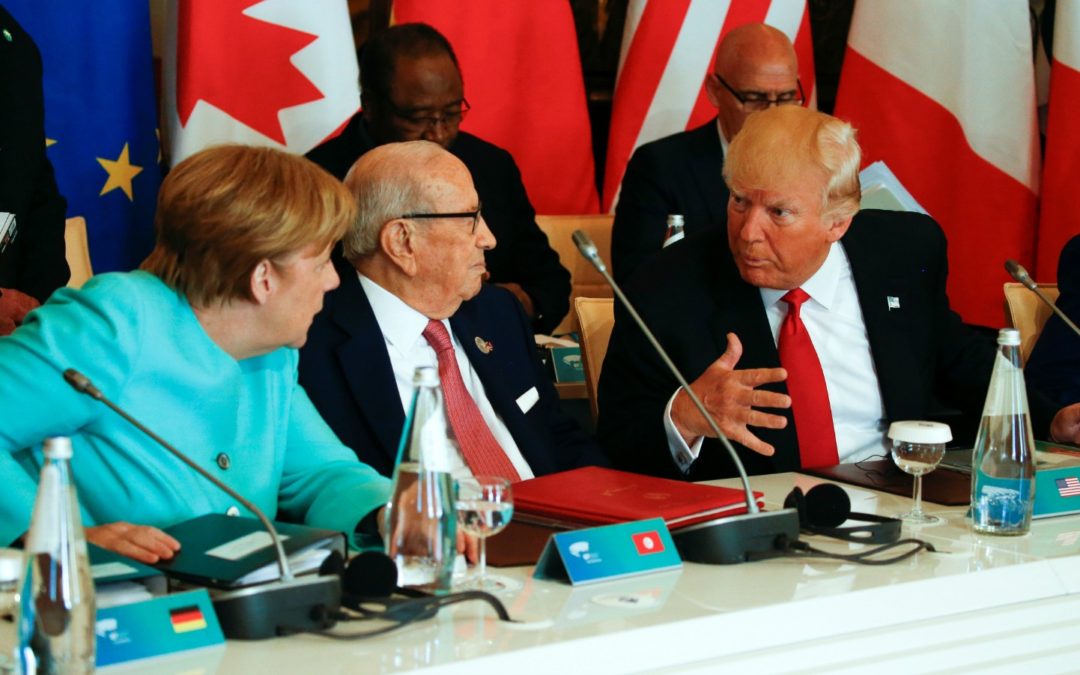 German magazine Der Spiegel has been given access to minutes from a contentious meeting of G7 leaders in Taormina, Sicily, at the end of May, in which they applied last-ditch pressure on President Donald Trump to stay in the Paris climate agreement.

The meeting came towards the end of Trump’s first trip abroad as president — and became an opportunity for world leaders to intensely lobby the American president before Trump’s final decision on whether the U.S. would leave the historic climate accord.

The leaders told Trump in no uncertain terms that if the U.S. abandoned the agreement, China would be the direct beneficiary.

“Climate change is real and it affects the poorest countries,” said Emmanuel Macron, the newly elected French president, at the outset of the private conversation.