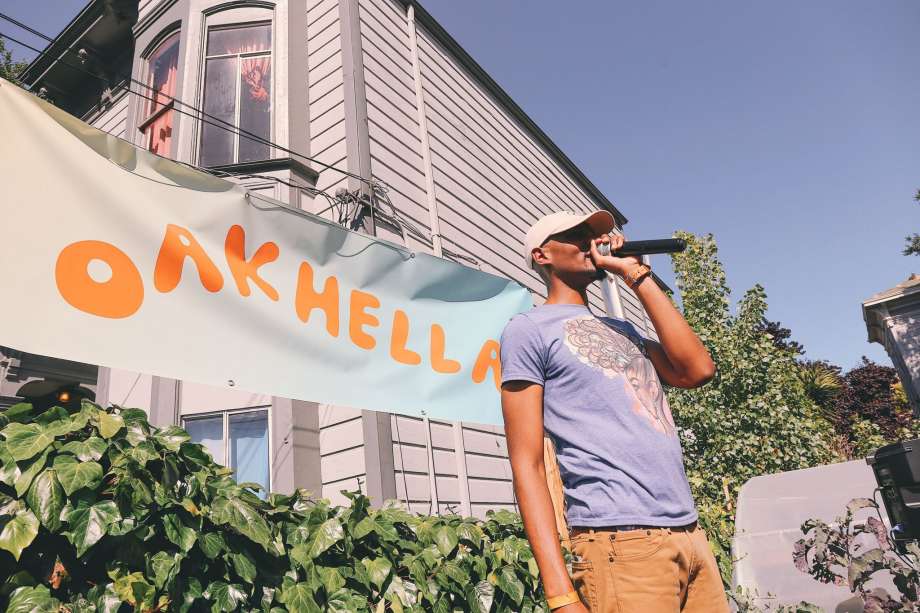 Oakland-based DJ and rapper Fresh Daily was spinning low-end heavy, soulful music when MC K-Swift made announcement over the the speakers. “Bernard, we’ve found your sandwich, it’s in the lost and found,” he said.

A group of mostly 20- and 30-somethings in their best summer digs laughed, beverages in hand, and continued their conversations. Children ran around planter boxes and colored in coloring books as their parents watched on.

And this all took place in a garden — the Bottoms Up Community Garden, to be exact — in the Lower Bottoms in West Oakland at an event called the Oakhella Garden Brunch.

The brunch is part of a series of the Oakhella series of events, most of which take place in the community garden. Started in 2016 as a series of day parties, Oakhella has built an established following in the Bay Area.

At their first event of the year in April, hundreds of people showed up to dance, listen to live performances and watch live paintings, eat food, and shop with local businesses. The garden was packed, from fence to fence, with people celebrating the warm weather and building community.

Although the Oakhella parties have become something of a scene, the founders of the event series — Bijou McDaniel, Shamezo Lumukanda and Scott — had something else in mind when they came together to create it.

“[We] just felt like spaces for people of color were rapidly disappearing … we felt like outsiders in our own home city,” said McDaniel, who grew up in East Oakland…