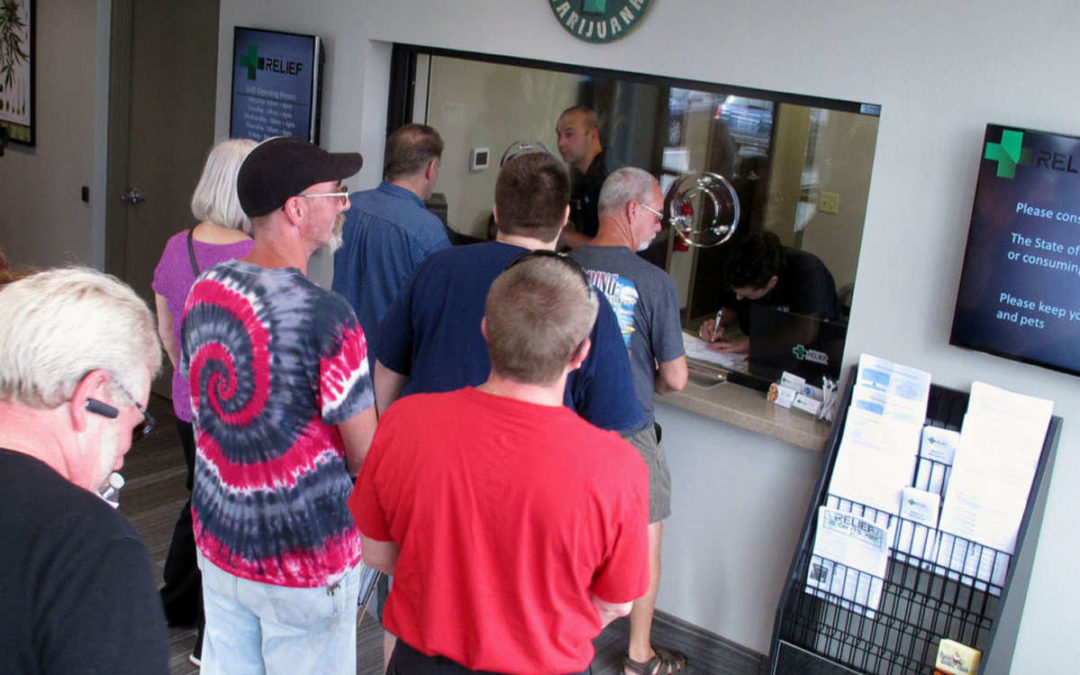 Pennsylvania officially launched its medical marijuana industry Tuesday, awarding licenses to 12 growers, including two firms in Berks County, but none in Philadelphia or its suburbs.

Many of the winning firms featured political and financial heavyweights linked to out-of-state cannabis powerhouses, each coveting a market expected to be worth up to $150 million the first year.

The two Berks County licenses went to firms linked to Chase Lenfest, son of philanthropist H.F. Gerry Lenfest, and to John Hanger, Gov. Wolf’s former policy chief who once ran for governor on a platform of legalizing marijuana. Both firms have extensive marijuana operations in other states.

In Western Pennsylvania, a company fronted by Jack Ham, a former linebacker for the NFL’s Pittsburgh Steelers, was granted a license to grow in Greene County under the banner of AGRiMED Industries LLC. And Keith Morgan, the Lower Merion Township heir to the AAMCO transmission fortune, won a growing license for the northwestern region of the state with his company Holistic Farms.

Several of the region’s prominent individuals were shut out in this round. Among them were David Z. Tuttleman, a Philadelphia native who runs a medical-marijuana-growing business in Nevada; Lindy Snider, an entrepreneur whose late father, Ed Snider, owned the Philadelphia Flyers; and several former professional athletes, including Steelers great Franco Harris.

“We are committed to the industry,” Tuttleman said. “Philadelphia and the surrounding area could be a great center for cultivation. There’s great talent here. This is not like bottling or making widgets. We have the potential to develop an artisanal marijuana culture.”

Said Snider: “I’m not going away that easily.”

Each unsuccessful company can reapply and submit another $10,000 application fee for another chance at a permit, a spokeswoman for the state Health Department said.

After carving the state into six geographic regions, state officials scrutinized 177 applications before awarding two permits for each zone.

One winner in the southeast, Prime Wellness of Pennsylvania, lists Chase Lenfest as a principal and financial backer. He is the son of cable billionaire and philanthropist H.F. Gerry Lenfest, the former sole owner of Philadelphia Media Network, which operates the Inquirer, the Daily News, and Philly.com. The elder Lenfest has donated the newspapers and website to the Lenfest Institute for Journalism.

Chase Lenfest is a businessman with broad interests in real estate, television, advertising, and marketing, and has no connection to the newspapers and web site.

Prime Wellness’ national operations are headed by Kevin Murphy, whose company, High Street Capital Partners, is a major investor in medical marijuana start-ups across the U.S.

Franklin Labs LLC, where Hanger chairs the board, is refurbishing an old Pepsi bottling plant in Reading to cultivate and process cannabis for the pharmaceutical market.

Franklin is already operating in Colorado, Delaware, Maryland, and New Jersey, where its Garden State…