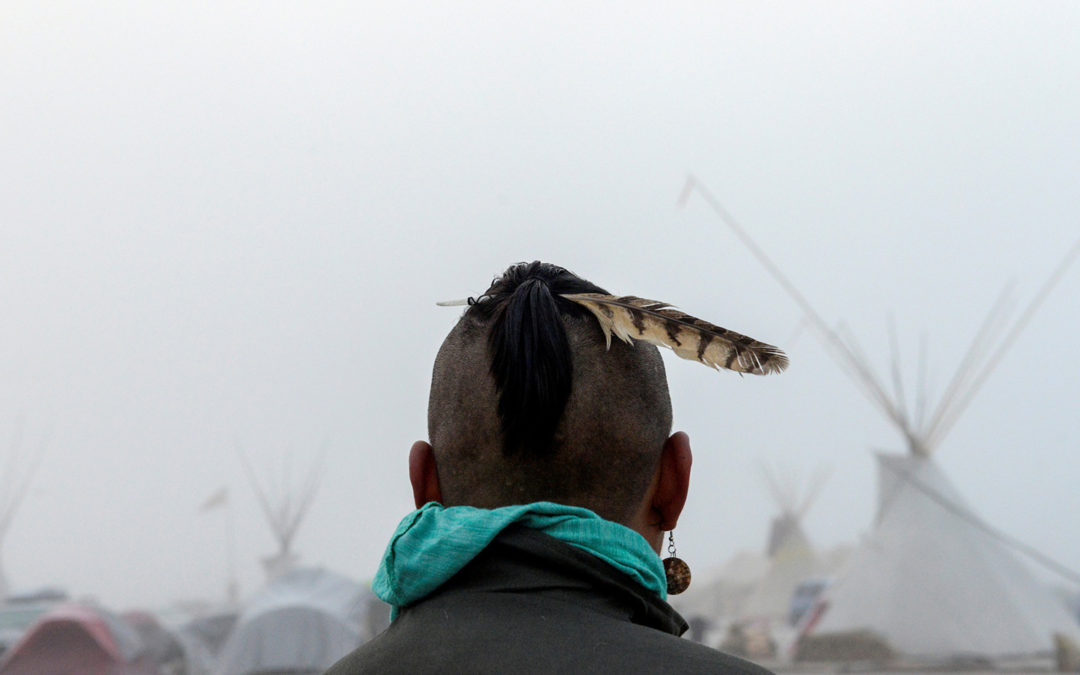 As people nationwide rallied last year to support the Standing Rock Sioux’s attempts to block the Dakota Access Pipeline, a private security firm with experience fighting in Iraq and Afghanistan launched an intrusive military-style surveillance and counterintelligence campaign against the activists and their allies, according to the company’s leaked internal documents.

Its surveillance targets included everyone from Native American demonstrators to the actress Shailene Woodley, along with organizations including Black Lives Matter, 350.org, Veterans for Peace, the Catholic Worker Movement, and Food and Water Watch. The records label the protestors “jihadists” and seek to justify escalating action against them.

The activities of the company, called TigerSwan, spanned, but were not limited to, the four states through with the pipeline passes: South Dakota, North Dakota, Iowa, and Illinois. The documents also show that its surveillance efforts continued after the breakup of the Standing Rock camps this winter, including at ongoing pipeline protests in southeastern Pennsylvania, Iowa, and South Dakota.

The internal TigerSwan documents take the form of situation reports, or “sitreps,” prepared between September and April for the company’s employer, Texas-based pipeline developer Energy Transfer Partners. The records detail a range of tactics that experts from the American Civil Liberties Union, National Lawyers Guild, and Electronic Frontier Foundation say would likely be illegal if conducted by law enforcement.

“It’s like a big brother society, with a private corporation — with even less restraints than the government — totally interfering with our right to privacy, free speech, assembly, and religious freedom,” said prominent civil rights attorney Jeff Haas, who works with the National Lawyers Guild and represents several of the nearly 800 people arrested while opposing the pipeline.

TigerSwan did not respond to requests for comment. Energy Transfer Partners said it would not answer questions related to its security procedures, but acknowledged that it had shared some information with law enforcement.

The tactics used against the self-described “water protectors” were first reported last weekend by The Intercept, which based its coverage on documents provided by a contractor who worked with TigerSwan, according to the news outlet. Grist independently obtained more than a dozen similar documents prior to The Intercept’s report.

According to the situation reports provided to Grist, TigerSwan also conducted surveillance of a church in Chicago, a 17-year-old girl in Iowa, and an AmeriCorps volunteer in Akron, among others. Reports of the actress Woodley’s arrest and the number of social media views she racked up were included in the reports.

The company specifically focused some of its most intense efforts on people of color — including Native American groups (like the Red Warrior Society and the American Indian Movement), members of Black Lives Matter, Palestinian activists, and those it labeled as “Islamists.”

Several of TigerSwan’s targets expressed surprise and outrage when informed of the surveillance against them, but also vowed to defy efforts at intimidation. “This is crazy!” said 21-year-old Alex Cohen, an Iowa activist named in the reports, which detail tracking him and his group’s movements and activities. At least some of TigerSwan’s knowledge could only have been gained through direct infiltration, he said.

A 17-year-old member of Cohen’s group was also included among the tracking reports. She was flattered when told the company considered her a threat. “I think it feels amazing that they are intimidated enough — not only by myself but by my friends — to write this!”

In addition to intrusive surveillance, the leaked documents reveal that the security firm attempted to create divisions between activists, manipulate and discredit pipeline opponents, and collect evidence that law enforcement could use to prosecute Standing Rock activists.

The ACLU’s human rights program director, Jamil Dakwar, said the records obtained by the news outlets suggest the company was painting an exaggerated picture to persuade both Energy Transfer Partners and law enforcement to take a more aggressive stance against those opposing the pipeline.

Said Dakwar: “They are operating with no transparency, no accountability.”

Last September, security guards employed by a company called Silverton deployed dogs against demonstrators near Standing Rock, resulting in several injuries, negative media attention (Democracy Now! caught them on camera), and an investigation — the dog handlers “were not registered as security officers” in the state of North Dakota,” according to local officials.

Energy Transfer Partners appears to have responded by putting TigerSwan in charge of Dakota Access security, consolidating several contractors under its umbrella — including Silverton, which kept operating even after the dog incident, according to the leaked documents.

Based in North Carolina, TigerSwan has offices throughout the world, tens of millions of dollars worth of contracts with the federal government for security services abroad, and an Army Special Forces veteran as its chairman. (Read more about the company below.)

Many of the Standing Rock supporters named in the TigerSwan situation reports told Grist they had no idea that they had been the subject of surveillance by the company — and some disputed much of what the firm reported about them.

“This company is demented,” said Clayton Thomas-Müller, a member of the Canadian Mathias Colomb Cree Nation, and a campaigner with 350.org — a nonprofit organization frequently cited in the reports. TigerSwan reported on Thomas-Müller’s trip to the camps, though his purpose was simply to bring donated clothes from Winnipeg to the protestors at Standing Rock, he said.

In September, the leaked documents show, TigerSwan set up an “information operations campaign” targeting the Standing Rock activists — which, according to the nonprofit RAND Corporation, is defined in military and security circles as including “the collection of tactical information about an adversary as well as the dissemination of propaganda in pursuit of a competitive advantage over an opponent.”

TigerSwan’s October 3 report describes trying to delegitimize the protests by exploiting “ongoing native versus non-native rifts, and tribal rifts between peaceful and violent elements.” Several situation reports also refer to “source reporting” and “informant collection,” suggesting the use of infiltrators to…