Pie in the sky? Researchers say they found a CO2 to Fuel catalyst 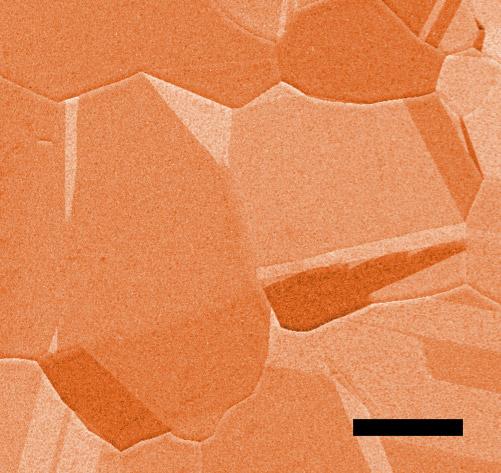 In a classic tale of science taking twists and turns before coming to a conclusion, two teams of researchers–one a group of theorists and the other, experimentalists–have worked together to solve a chemical puzzle that may one day lead to cleaner air and renewable fuel. The scientists’ ultimate goal is to convert harmful carbon dioxide (CO2) in the atmosphere into beneficial liquid fuel. Currently, it is possible to make fuels out of CO2–plants do it all the time–but researchers are still trying to crack the problem of artificially producing the fuels at large enough scales to be useful.

In a new study published the week of June 12 in the journal Proceedings of the National Academy of Sciences (PNAS), researchers report the mechanics behind an early key step in artificially activating CO2 so that it can rearrange itself to become the liquid fuel ethanol. Theorists at Caltech used quantum mechanics to predict what was happening at atomic scales, while experimentalists at the Department of Energy’s (DOE’s) Lawrence Berkeley National Lab (Berkeley Lab) used X-ray studies to analyze the steps of the chemical reaction.

The scientists are part of the Joint Center for Artificial Photosynthesis (JCAP), a DOE Energy Innovation Hub, whose goal is to convert CO2 into high-value chemical products like liquid fuels. JCAP is led by Caltech in partnership with Berkeley Lab, the Stanford Linear Accelerator Center (SLAC), and UC campuses at San Diego and Irvine.

“One of our tasks is to determine the exact sequence of steps for breaking apart water and CO2 into atoms and piecing them back together to form ethanol and oxygen,” says William Goddard (PhD ’65), the Charles and Mary Ferkel Professor of Chemistry, Materials Science, and Applied Physics, who led the Caltech team. “With these new studies, we have better ideas about how to do that.”

The metal copper is at the heart of the reaction for converting CO2 to fuel. Copper is a catalyst–a material used to activate and speed up chemical reactions–and, while it aids in the production of ethanol when exposed to CO2 and water, it is not efficient enough to make large quantities of ethanol. At Berkeley Lab, researchers exposed a thin foil sheet of copper to CO2 gas and water at room temperature. They found that the copper bound CO2 weakly and that adding water activated the CO2 by bending it into the shape needed to ultimately form the ethanol. However, when the theorists at Caltech used quantum mechanics and computer models to predict the atomic-level details of this reaction, they found that pure copper would not bind the CO2 and that water would not activate it.

This left both teams scratching their heads until they noticed that the copper in the experiments contained tiny amounts of oxygen beneath its surface. The theorists went back to their quantum mechanics equations, adding in a tiny amount of sub-surface oxygen, and were happy to find their calculations all agreed with the experiments.

“We do our experiments virtually in computers,” says JCAP research scientist Hai Xiao (PhD ’15). “And this allows us to trace how the electrons and atoms rearrange themselves in the reaction, and thus unravel the correlation between the fundamental structure and the activity.”

The theorists also predicted that when too much oxygen was present,…