Protection for Puget Sound is on Shaky Ground 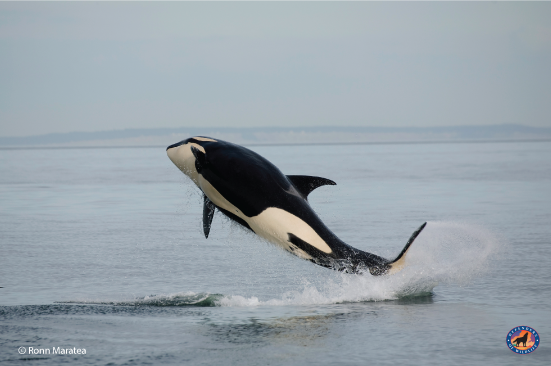 Puget Sound and Southern Resident orcas are under increased threat from an administration seeking to cut critical programs and funding aimed at their protection.

The waters of Puget Sound that hug the coastline of northwestern Washington, often conjure up images of majestic orcas breaking through the crystalline surface to the amazement of eager onlookers. This breath-taking display that brings tourists to the area and has forever captured the affection of many locals, is sadly, becoming a rarer sight to see. This is what compelled me to travel from my home here in Washington state to our nation’s capital in Washington D.C. to voice my concern to lawmakers for the future of Puget Sound and the wildlife it sustains.

I grew up in Washington state and Puget Sound and the surrounding mountains and rivers are near and dear to my heart. This amazing estuary—the second largest in the U.S.—is the core of our region’s economy, drawing in tourists from all over the world, and supporting an amazing, diverse ecosystem. From sea stars to giant pacific octopuses, salmon to grey whales, countless wildlife species depend on Puget Sound. There is perhaps no other species more emblematic to these waters than the orca and specifically, the critically endangered Southern Resident orcas.

The Southern Resident Orca—A Species on the Brink

Unlike most orcas that hunt seals and other marine mammals, Southern Residents evolved alongside Pacific salmon and became highly-specialized fish hunters. For hundreds of years, they feasted on large, fatty Chinook salmon, the largest Pacific salmon species. With its large Chinook runs that spawn throughout its numerous tributaries, Puget Sound has for generations been crucial habitat for the Southern Resident orca.

Sadly, as Puget Sound became more developed, Chinook salmon populations sharply declined, pollution has become widespread in the Sound, and increased vessel traffic causes more noise disturbance underwater. As a result, Southern Resident orcas are faced with a stark reality. They continue to frequent their traditional hunting grounds and find fewer and fewer fish; more vessel traffic makes it harder to use their echolocation to acquire their food; and, much of the fish they do consume is heavily contaminated from pollution (toxics like DDT and PCBs) in the Sound. Their numbers have decreased at an alarming rate and recent population census data estimates just 78 remain in the wild.

All hope is not lost for this singularly Pacific creature. Fortunately, there are countless, committed individuals working to not only make Puget Sound a safer and healthier place for orcas and salmon, but for all the wildlife and people that depend on it.

Many of the projects underway to restore and protect habitat and wildlife in Puget Sound rely on funding from federal agencies, like the Environmental Protection Agency (EPA) and the National Oceanic and Atmospheric Administration (NOAA). Both of these agencies have awarded grants to state and local governments, tribes, universities, and nonprofits to restore salmon habitat, reduce…