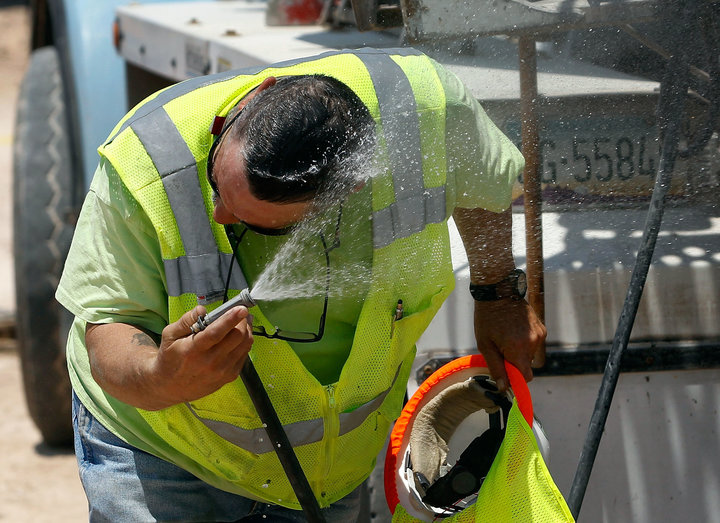 LOS ANGELES (Reuters) – Four people, including a homeless person and two hikers, have died from the record-breaking heat in the U.S. Southwest, media reports said, where triple-digit temperatures have driven residents indoors and canceled airline flights.

The victims were identified only as a 72-year-old man and an 87-year-old woman.

“It is tragic when someone dies of hyperthermia since in most every case it could have been prevented,” Dr. Michelle Jorden of the Santa Clara County Coroner’s Office told the newspaper.

“Hyperthermia and heat stress happen when a body’s heat-regulation system cannot handle the heat. It can happen to anyone, which is why it is so important to be in a cool location, drink plenty of water and take a cool bath or shower if you are getting too hot,” Jorden said.