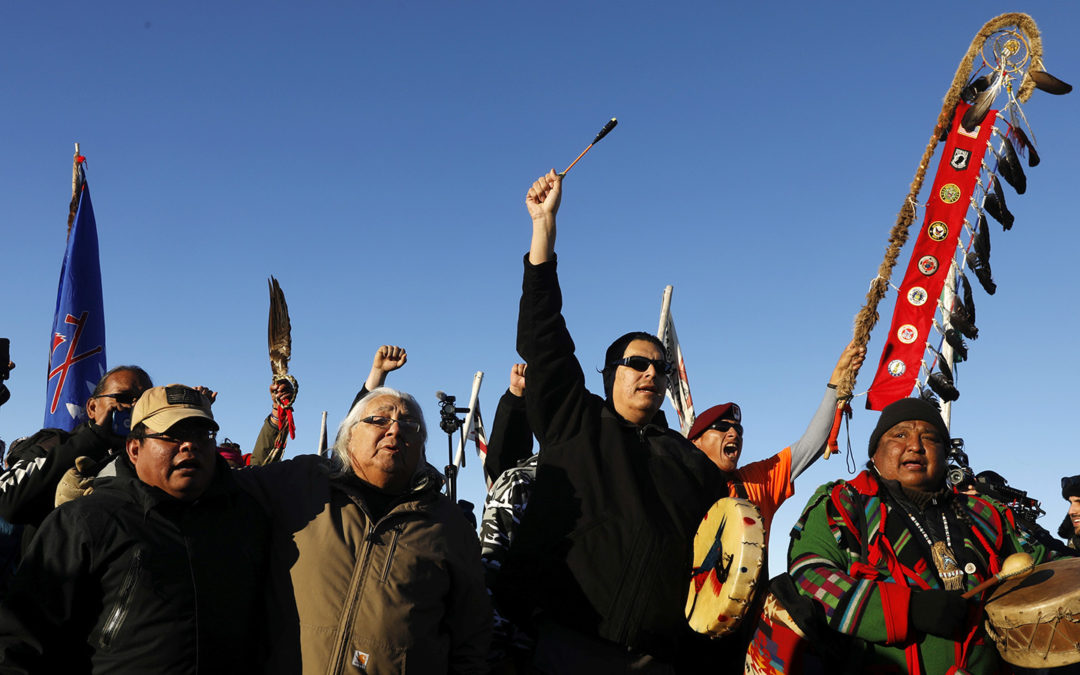 Last week, the Standing Rock Sioux celebrated what they believe is a ground-breaking legal victory in the protracted fight against the Dakota Access Pipeline.

A federal judge in Washington, D.C., ruled that the U.S. Army Corps of Engineers violated the National Environmental Policy Act (NEPA) in its expedited review of the pipeline, which was ordered by President Trump shortly after taking office. According to Judge James Boasberg, the Army Corps “did not adequately consider the impacts of an oil spill on fishing rights, hunting rights, or environmental justice.”

On Wednesday, the parties in the DAPL case will appear in court for a hearing about how to respond to the NEPA ruling. Oil could stop the flowing under Lake Oahe, the fourth-largest dam reservoir in the Dakotas. But that stoppage would be temporary.

If the Army Corps does revise its environmental assessment, the court could allow the pipeline to resume operation. The court and the Army Corps would have “served” environmental justice under NEPA — merely by paying lip service to the struggle for indigenous rights in the United States.

Lake Oahe stands at the center of a painful, decades-long story regarding the marginalization of Native Americans. In 1958, the Army Corps took over 200,000 acres from the Standing Rock and Cheyenne River Sioux, forcing them from their homes and sacred religious sites, so it could build a dam. Fast-forward nearly 60 years, and the reservoir created by the dam draws a million yearly tourists to its more than 50 recreational sites. It’s under the Sioux’s once hallowed ground — now at the bottom of Lake Oahe — where the Army Corps decided to route part of the Dakota Access Pipeline.

Earlier this year, as I was completing my law degree at New York University, President…