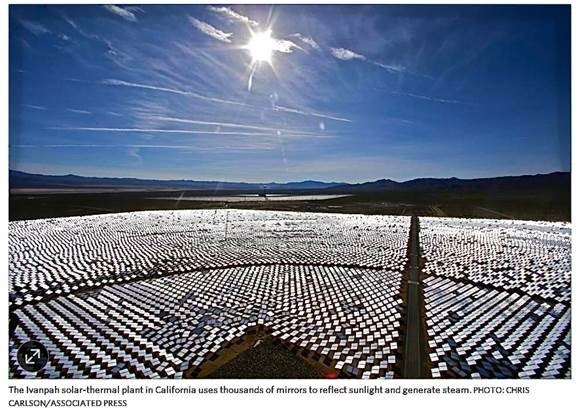 A new paper published in the Proceedings of the National Academy of Sciences (PNAS) from NOAA’s Earth System Laboratory, Boulder Colorado exposes and debunks the contrived claims of a recent renewable energy study which falsely alleged that low cost and reliable 100% renewable energy electric grids are possible.

The new paper concludes that the prior study is based upon significant modeling inadequacies, is “poorly executed” and contains “numerous shortcomings” and “errors” making it “unreliable as a guide about the likely cost, technical reliability, or feasibility of a 100% wind, solar and hydroelectric power system.”

Additionally the new paper harshly chastises the previous study by noting “It is one thing to explore the potential use of technologies in a clearly caveated hypothetical analysis; it is quite another to claim that a model using these technologies at an unprecedented scale conclusively shows the feasibility and reliability of the modeled energy system implemented by midcentury.”

The new paper describes in detail many flaws and failures of the prior study to address and appropriately deal with critical electric system reliability requirements as follows:

The government mandated requirement that renewable energy generation has priority “must take” status whenever offered to the electric grid thereby exempting it from free energy market competition has created extensive energy market price distortions which are unacknowledged and concealed from the public by renewable energy activists, owners and their biased mainstream media supporters.

Additionally renewable energy resources are unable to provide black start capabilities in the event of a system wide power black out.

All of these critical electric grid reliability and stability needs must instead be provided by dispatchable generation resources including fossil, nuclear and hydro power plants.

These dispatchable generation resources provide electric system regulating requirements that manage and control both load and frequency variations and planned and unplanned changes without which the electric system collapses and fails.

Because of the “must take” provisions of renewable energy the number of operating hours available for dispatchable power plants is significantly reduced which drives up the unit costs of production for these plants without which the electric system cannot be reliably operated.

The most recent PNAS study shows the prior renewable paper was an attempt by renewable energy activists to try and coverup the long standing and extensive price distortion of free energy markets created by the inability of renewable energy to provide electric system reliability and stability capabilities.

These energy market price distortions have been in existence for decades, were created by the governments politically driven mandate of “must take” energy from renewable energy resources, grossly undervalue electric system reliability and stability attributes…