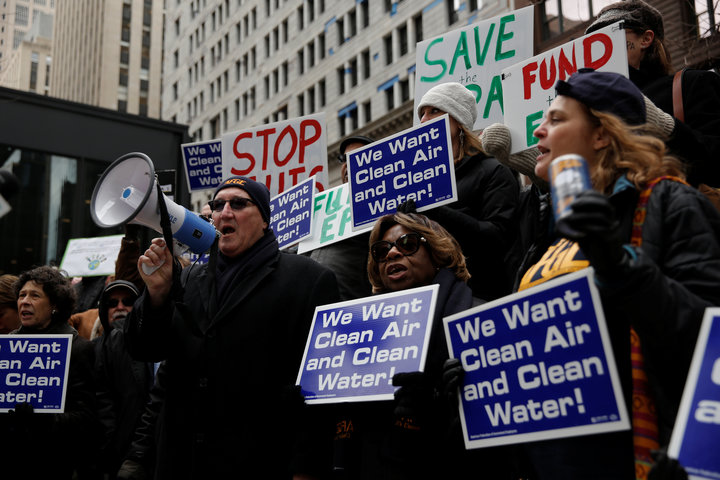 Some 15 million Americans across 27 states are drinking water that could be contaminated with potentially carcinogenic man-made chemicals without even realizing it.

According to a new analysis and map released Thursday by the Environmental Working Group and scientists at Northeastern University, perfluorochemicals (PFCs) — a class of chemicals including perfluorooctanoic acid(PFAS) and perfluorooctane sulfonate (PFOS) — were detected in 162 U.S. drinking water systems in recent Environmental Protection Agency testing.

The toxic chemicals have been used over the years in a wide range of consumer products, like certain types of nonstick cookware, cleaning products and waterproof clothing, and have been linked to a number of health concerns including cancer, developmental issues and a weakened immune system.

Manufacturers have claimed the dangerous PFCs are no longer used in these products. But Bill Walker, EWG managing editor and the new analysis’ co-author, pointed out that PFCs have proven so ubiquitous in many products over time that, based on testing by the Centers for Disease Control and Prevention, about 98 percent of Americans have at least some PFCs in their blood.

Practically any additional exposure to PFCs consumed through drinking water or any other means — even fast food wrappers, for example — is too much, Walker argues, because it takes a long time for the chemicals to leave the body.

“There’s a significant body of evidence out there indicating that these are chemicals you don’t want in your drinking water,” Walker told HuffPost. “They might be, and likely are, having a human health impact at extremely low concentrations. We don’t need anymore.”

Unable to play video. Neither flash nor html5 is supported!

Despite the growing recognition of health risks associated with exposure, PFCs are not a federally regulated water contaminant like lead or arsenic.

Recognizing the potential threat, the EPA listed PFCs under its 2012 Unmonitored Contaminant Watering Rule as a candidate for regulation, prompting tests to begin in 2013.

The EPA rule specifically mandates that all U.S. water systems serving more than 10,000 customers test for these unregulated contaminants. In the case of the PFCs, systems were required…