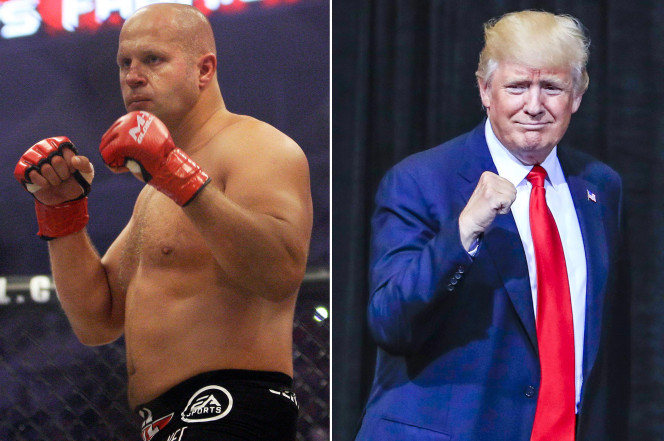 “We’d love to invite Donald Trump,” Emelianenko told The Post through his manager Jerry Millen. “If he’s in New York we’d love Donald Trump to come on Saturday. We’d love to see him there.”

Emelianenko, whom many consider the best MMA fighter of all-time, made his American debut in July 2008 with Affliction Clothing Company, which dabbled briefly as an MMA promoter under Affliction Entertainment. Trump, who owned an equity stake in the company, and his son Donald Jr. were huge supporters of Affliction, promoting the brand by holding several press conferences in Trump Tower where now President Trump…