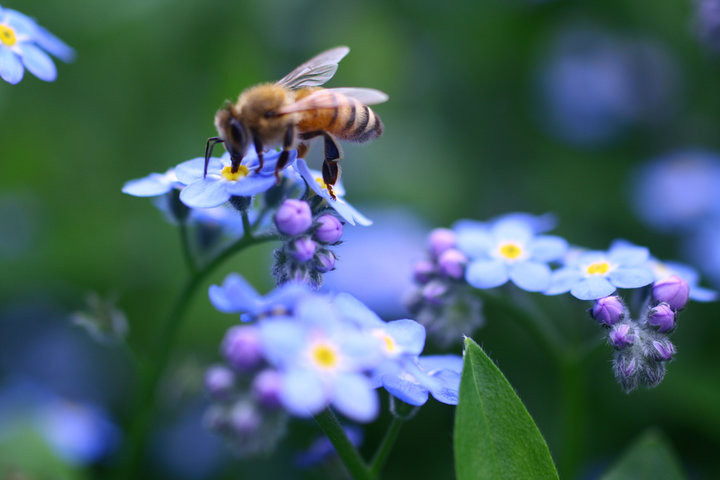 WASHINGTON — In hopes of boosting the local bee population and raising awareness about the threats facing the planet’s most important pollinators, second lady Karen Pence has installed a honeybee hive at the vice presidential residence in Washington.

Pence and Agriculture Secretary Sonny Perdue unveiled the new hive — home to a growing population of some 20,000 bees — at an event Tuesday and “urged Americans to do their own part to help reverse” an ongoing worldwide decline in the bee population, according to a White House release.

Tiffany Finck-Haynes, an expert in bee populations at the nonprofit advocacy group Friends of the Earth, called the White House request “extremely hypocritical” in light of the administration’s proposed cuts to funding for environmental protection.

“They’re not putting their money where their mouth is, based on their proposed budget cuts to critical agencies that are needed to help protect bees, butterflies and other pollinators,” Finck-Hayes told HuffPost.

In a statement accompanying the White House release, Pence highlighted the importance of pollinators — not only bees, but butterflies, birds and bats — to America’s food supply. Bees alone pollinate 75 percent of the fruits, nuts and vegetables grown in the United States and add at least $15 billion in economic value to the country’s agricultural industry.

A 2016 report by a United Nations group, though, concluded that about 40 percent of invertebrate pollinator species – particularly bees and butterflies – are facing extinction.

The number of managed honey bee colonies in the U.S., meanwhile, has plummeted from about 6 million in the 1940s to about 2.5 million today, according to the Agriculture Department. The decline has been attributed to several factors, including habitat loss, disease, the parasitic varroa mite, malnutrition and pesticide use.

Ongoing colony loss, Pence said, “presents a serious challenge to our ability to produce many of the agricultural products that we enjoy today.”

Perdue said that farmers “have no better friends and few harder workers than the honeybee,” and that the rate by which populations are dwindling “represents a diverse mix of challenges requiring a wide range of solutions.”

But as President Donald Trump’s administration, including Vice President Mike Pence, work to slash funding for scientific agencies, roll back Obama-era policies to…