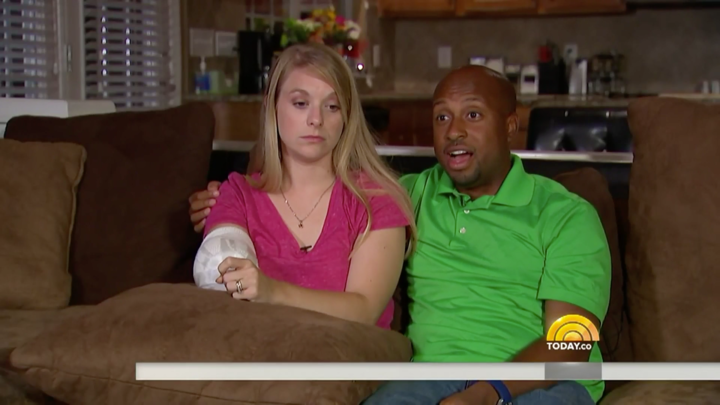 A North Carolina mother of three who lost her arm to a shark this month is speaking out about the harrowing attack while summing her survival up as “a miracle.”

Tiffany Johnson, 32, had been snorkeling with her husband in the Bahamas on June 2 when out of nowhere she was “bumped” by something in the water, she told WRAL.

“I just casually turned to my right to look to see, and that’s when I was face to face with the shark. He had my whole arm in his mouth and he was just floating there, just staring at me,” she recalled.

Johnson, who was on the last stop of a cruise, said she tried pulling her arm out of the shark’s mouth, but it wouldn’t let go.

“I kept trying to yank my hand back and then the last time when I yanked it he had cut it clean off,” she said.

The water around her clouded with her blood, with her arm being severed near her elbow. Instead of panicking, however, Johnson said…