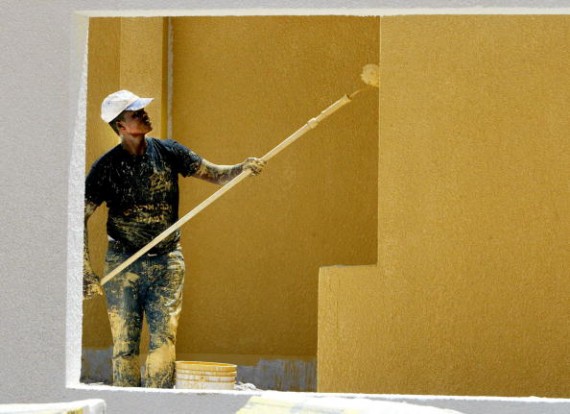 Solar paints could be the future of renewable energy. There’s a new technology being developed that can turn solar energy and water vapor into fuel.

Researchers developed a new kind of solar paint that absorbs water vapor. The water vapor is then split in order to generate hydrogen — the cleanest known energy source.

How does this work? The solar paint prototype has a newly invented compound similar to silica gel that absorbs moisture. The new material, synthetic molybdenum sulphide, is better because it’s also a semiconductor that initiates the splitting of water molecules into hydrogen and oxygen.

The researchers discovered that in order to create solar paint, the compound should be mixed with titanium oxide. This way, the paint can absorb sunlight that also produces hydrogen fuel harvested from…