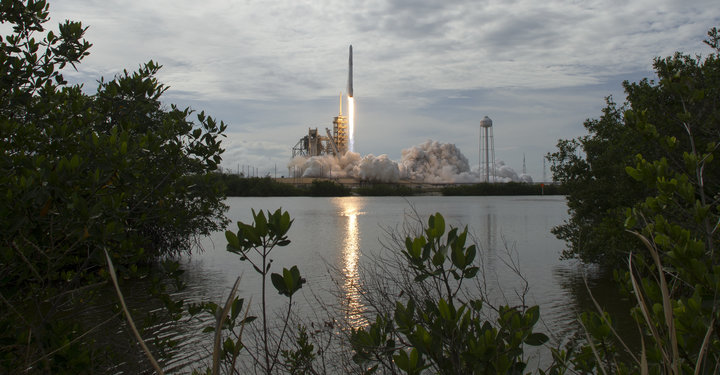 SpaceX has made history again, this time by sending the first-ever recycled cargo ship to the International Space Station. This launch brings the aerospace company one step closer to making flights to space more affordable with reused rockets and capsules.

A Falcon 9 rocket launched the recycled Dragon capsule at 5:07 p.m. local time Saturday from the Kennedy Space Center in Cape Canaveral, Florida. Shortly after the first-stage booster launched the Dragon into orbit, it fell away from the capsule, flipped around, fired its engines and landed safely at the Cape Canaveral Air Force Station, according to Florida Today.

As ABC News pointed out, used rockets are now returned for a vertical touchdown as part of SpaceX’s efforts to lower the cost of flights. The booster launched Saturday likely will be used again.

The Dragon made its…