Standing up to the G-7 Climate Bully! 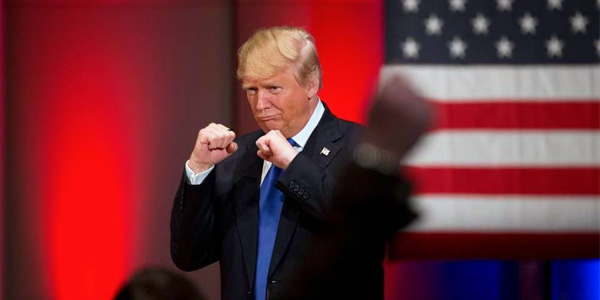 What’s the best way to deal with a bully? Punch him (or her) in the nose. It appears that President Trump just punched the G-7 climate bully in the nose…

The German chancellor had been hoping to isolate Donald Trump on climate issues at the upcoming G-20 summit in Hamburg. But Merkel’s hoped-for alliance is crumbling, underscoring Germany’s relative political weakness globally. Many countries are wary of angering the United States.

German Chancellor Angela Merkel had actually thought that Canada’s young, charismatic prime minister, Justin Trudeau, could be counted among her reliable partners. Particularly when it came to climate policy. Just two weeks ago, at the G-7 summit in Sicily, he had thrown his support behind Germany. When Merkel took a confrontational approach to U.S. President Donald Trump, Trudeau was at her side.

But by Tuesday evening, things had changed. At 8 p.m., Merkel called Trudeau to talk about how to proceed following Trump’s announced withdrawal from the Paris climate agreement. To her surprise, the Canadian prime minister was no longer on the attack. He had switched to appeasement instead.

What would be wrong with simply striking all mentions of the Paris Agreement from the planned G-20 statement on climate, Trudeau asked. He suggested simply limiting the statement to energy issues, something that Trump would likely support as well. Trudeau had apparently changed his approach to Trump and seemed concerned about further provoking his powerful neighbor to the south.

The telephone call made it clear to Merkel that her strategy for the G-20 summit in early July might fail. The chancellor had intended to clearly isolate the United States. at the Hamburg meeting, hoping that 19 G-20 countries would underline their commitment to the Paris Agreement and make Trump a bogeyman of world history. A score of 19:1.

But even before Trump announced the American withdrawal from the Paris Agreement that evening in the White House Rose Garden, it had become clear in Berlin that they would miss their first target. Led by the Italian G-7 presidency, the plan had been for a joint reaction to Trump’s withdrawal, an affirmation from the remaining six leading industrial nations: We remain loyal to Paris.

Suddenly, though, Britain and Japan no longer wanted to be part of it. British Prime Minister Theresa May didn’t want to damage relations with Trump, since she would need him in the event of a hard Brexit, the Chancellery surmised last week. And given the tensions with North Korea, Japanese Prime Minister Shinzo Abe couldn’t put his country’s alliance with the U.S. at risk. In other words: Climate policy is great, but when it comes to national interests, it is secondary.

It is a defeat for Merkel, and not just when it comes to climate policy. It is also a setback for her claim to leadership on the global stage. Germany’s geopolitical influence, the incident shows, remains limited. When it comes to power, security and interests, Germany is a not a global player, but a mid-sized power that isn’t even able to keep Europe together.

In parallel, though, Merkel’s advisers are working on an “Action Plan on Climate, Energy and Growth,” a document that had initially been planned for the 19 in Merkel’s…