Status update and sincere thanks 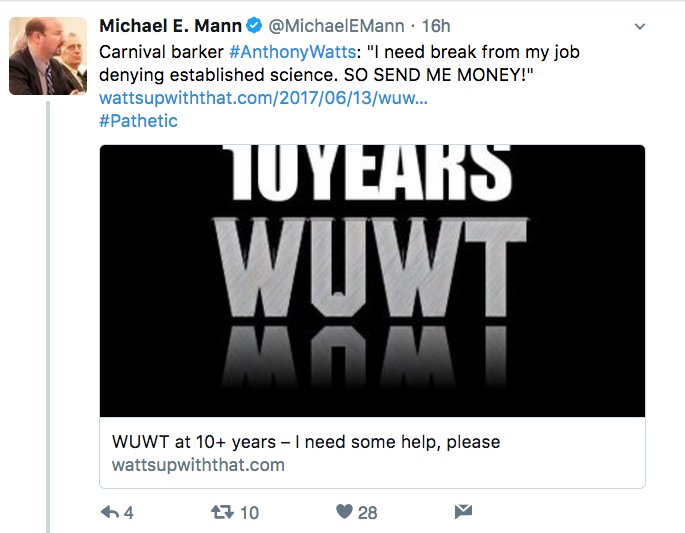 Last week, I wrote about facing burnout after running WUWT over 10 years without having any real vacation during that time. I’ll have to say, I’m overwhelmed by the response, the well wishes, and the offers for help.

It’s gratifying to know that I have friends around the world, some vocal regulars, some occasional commenters, and some silent readers. I heard from many people who were first time commenters, and many regulars too. I had suggested that I take a month off, and more than a few said that’s not enough time. Looking back, I think they are right.

I’ve received a kind offer to go to New Zealand, with offers of lodging and I’ll be taking up that offer in July. If there are readers in NZ that would like to meet up, feel free to drop a comment, or use the contact form. I may even be persuaded to give a short talk while there as I did when I toured Australia on a speaking tour back in 2010 😉

Following that, I’m headed into the mountains of the Sierra Nevada for three weeks, and then I’m going to cap off my hiatus with a visit to southern Oregon to view the total solar eclipse in August. I think it will be a fitting ending for a much needed break – to see one of the most awesome natural wonders. I’ve never seem a total solar eclipse, but I have witnessed several partial solar eclipses, and one annular eclipse.

There are so many people that deserve my thanks, and I’m awed by the outpouring of support. On an ironic note, one person in particular deserves mention, and that’s Dr. Michael Mann. Had he not tweeted this…

Charles the Moderator is organizing a new moderation team (thanks to all who volunteered) and there will be new guest authors publishing during my hiatus. I’d also like to thank Ric Werme, who rebuilt the WUWT sea ice page last weekend, which had been plagued by roadblocks thrown my way by wordpress.com and by some of the providers themselves.

When I return in late August, I’ll start overhaul on other elements of WUWT, so that it keeps going strong for another 10 years. I may pop in for an occasional update, or if something catches my eye, write about it.

My sincere thanks to all and best regards – Anthony