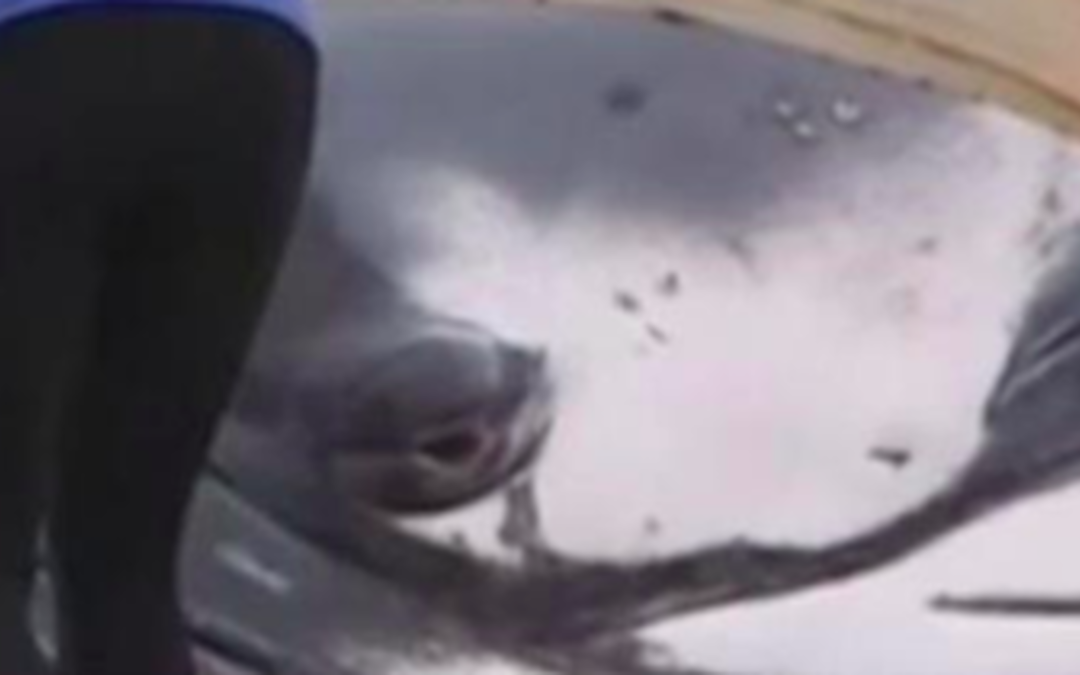 A beached juvenile humpback whale has been euthanized in Australia despite a heroic effort by scores of volunteers to save it.

Even as experts were deciding whether to euthanize the animal, the whale was blinking, watching the humans around it and feebly moving its flippers.

Officials told The Guardian they have no idea why the whale beached at Sawtell Beach on Australia’s northeast coast but said inexperience could have been a factor. This may have been the yearling’s first migration on its own.

Due to rough waters, rescuers determined that it was too dangerous for the boat to try to tow the whale back out…