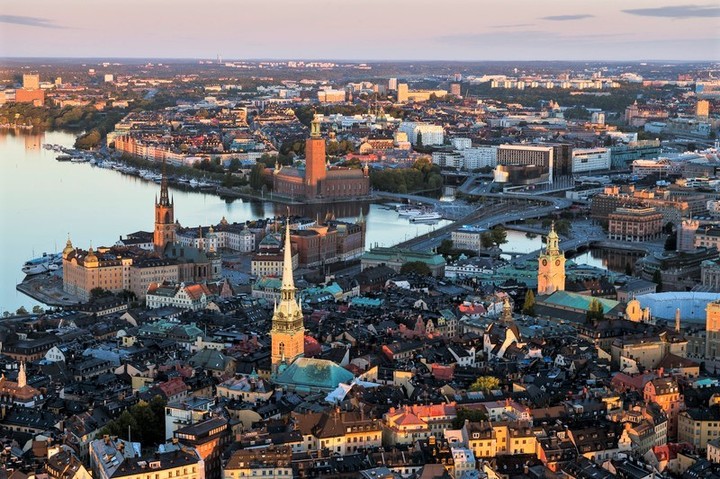 A Note About The Five–Part Stockholm Energy Transition Series

The first three articles present Stockholm’s climate action plan in historical and global perspective. They describe the city’s efforts to reduce emissions from heating, cooling, and transportation, along with how the city recaptures energy from wastes and wastewater. The articles also explain how Stockholm will compensate for stubborn emissions, and how the city keeps its complex climate efforts on track through vigilant management and a “take-no-prisoners” approach to emissions reduction. The fourth article describes the city’s renewable energy production, its building energy efficiency programs, and its transportation programs. The fifth article describes the Stockholm Royal Seaport, where the city is striving to surpass the breakthroughs made in its first eco-district, Hammarby Sjöstad.

It’s been 20 years since Stockholm became the world’s first city to create a formal climate action plan. Back then, the city was producing 5.4 tons of greenhouse gases (CO2eq) per person a year.

Today, emissions have been driven down to only 2.5 tons per person and are still falling. The city’s latest target is only 2.3 tons per person for 2020, just three years from now.

By comparison, annual CO2 emissions in the U.S. are over 16 tons per person, and in China, they are close to 8 tons. Even in environmentally conscious Sweden—the first nation to have an Environmental Protection Agency in 1967—CO2 emissions are almost double Stockholm’s.

If metropolitan Stockholm, a fast-growing area of over two million people, can constrain its greenhouse gases to net-zero annual emissions, no one will ever be able to accuse it of not doing its part to protect the climate.

But what exactly do city officials mean when they hold out the prospect of a fossil-fuel-free future, and is it really attainable by the city’s self-imposed 2040 deadline?

More importantly, what can other nations and cities learn from Stockholm’s progress on the path toward a fossil-fuel-free future? The answer requires a deeper understanding of what Stockholm is doing today, and how the city came to be so committed to a sustainable future.

Stockholm’s climate strategy begins from the premise that climate change is accelerating and jeopardizing the future of Stockholmers and their children. City officials are adamant that the increase of greenhouse gases in the atmosphere “must be stopped.”

Whereas Stockholm officials believe the city can be virtually fossil-fuel-free by 2040, success will depend on the adoption of energy-efficient infrastructure, smart urban design, and modern energy equipment.

It will also require broad collaboration by major sectors of the economy, support for new innovation and technology, and perhaps most of all, steadfast adherence to the Strategy for fossil-fuel-free Stockholm 2040[i], the city’s latest climate action plan.

This complex new plan assesses the technological opportunities for cutting energy-related emissions and lays out a roadmap for managing the city’s energy, land, and resource use over the long term, through energy policy design and implementation.

The plan radiates confidence that the many technological challenges and risks the city faces in fulfilling its long-term climate targets can be overcome on time and under budget.

Undergirding that confidence is…