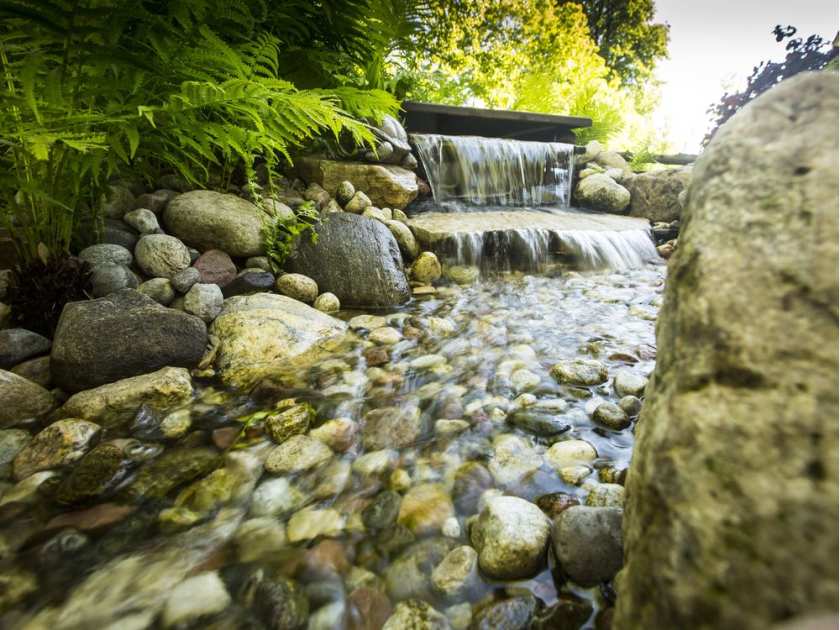 Ian Wilson knows how to build a natural escape – his gorgeous water garden surrounds half of his home and attracts visitors from all around. Folks often stroll through his property, take a seat under the wisteria and let the sounds of nature take over. They become entranced by the array of peonies, daylilies, irises, gladioli and azaleas. Some even ask him for gardening advice. His garden will be one of 11 in the Water Garden Tour by the Greater Ottawa Water Garden Horticultural Society on Saturday, June 24.

“There’s a lot of socializing,” he says. “People want to talk and ask how do you do this and that. I know all of the husbands because their wives keep telling them ‘Oh, I want to do something like that’.”

Ian’s first experiences with gardening begin at his parents’ house in the Lake District of northern England — he often helped his mother and father in the garden. He later immigrated to Canada and ended up settling down in quiet neighbourhood near Iris Street in Nepean, filled with older folks and retirees. Ian first started his water garden after his wife lost her battle with cancer 20 years ago. Gardening helped him with the grieving process, to help sort out his feelings and address them in a healthy way. Every year he adds something new. The water is circulated by pumps. Ian lowers the water level to comply with city bylaws concerning water depth, but otherwise keeps things going during the winter.

“Gardening gives me a sense of treatment. Even though you have things going on in life, you can come back and sort it out,” he says.