Teaching Climate Science In The Age Of Trump 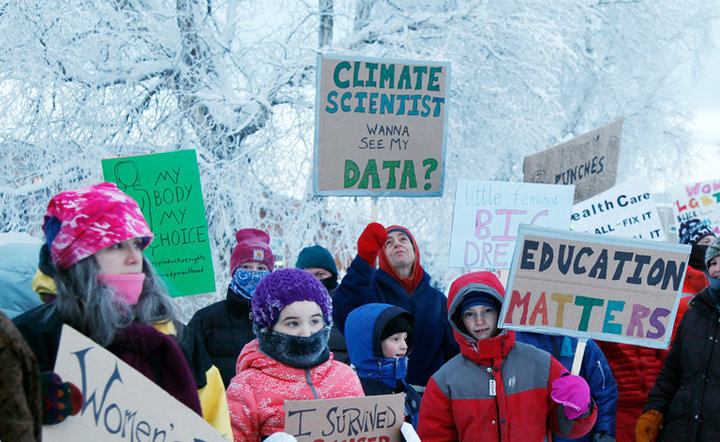 James Sutter is a science teacher at Wellston High School, student population less than 500. Wellston, Ohio is a town of a little more than 5,000 people in southeastern Ohio near the West Virginia border. The town is 98 percent white and mostly Protestant. Only 12.7 percent of adults in the town age 25 or older have at least a college degree compared to almost one of three adults in the United States as a whole. Most students are from families that live below the poverty line. Wellston, located in Jackson County, used to be coal country and it is now Trump country. Donald Trump got 73 percent of the presidential votes cast in Jackson County in 2016.

According to a recent article in the New York Times, Mr. Sutter has been having difficulty with some of the students in his classes, and their parents, because, like the President of the United States, they reject the reality of climate science. The article cited a specific conflict between Sutter and one of his students. When he “ascribed the recent warming of the Earth to heat-trapping gases released by burning fossil fuels like the coal her father had once mined, she asserted that it could be a result of other, natural causes.”

In addition, “When he described the flooding, droughts and fierce storms that scientists predict within the century if such carbon emissions are not sharply reduced, she challenged him to prove it.” This student was only the “most vocal of a raft of student climate skeptics.”

During one interchange, the student insisted that teachers “are supposed to be open to opinions.” Sutter responded, “It’s not about opinions. It’s about the evidence.” She answered, “It’s like you can’t disagree with a scientist or you’re ‘denying science.”’ On another occasion, the student, who was academically very strong, grew so agitated that she stormed out of the room.

The Times article attributed the battles in Mr. Sutter’s classroom to the “culture wars” being played out in the United States. In a 2016 Pew public opinion poll only 22 percent Trump supporters believed that human activity is warming the planet. The Heartland Institute, which receives major funding from the fossil fuel industry, has distributed tens of thousands of copies of their propaganda material challenging climate science to teachers in an effort to undermine support for reigning in pollution, cutting back on the use…