The Barn at Lemont Brings Together Businesses, Community 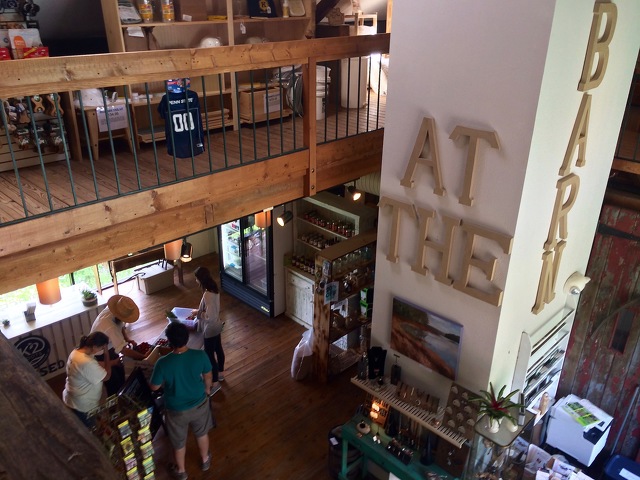 There isn’t one simple way to describe everything that’s happening at The Barn at Lemont, co-owner Brian Kinney will tell you.

“It’s really hard to describe it sometimes,” he says. “It’s a cooperative of local businesses working together to build a community of sustainability and those who want to live and grow naturally. That’s the shortest version I can do, but it doesn’t explain all the things we do.”

The store, at 201 Elmwood Street in Lemont, opened in March and had its grand opening in May. While providing space for a number of small, like-minded businesses from across the region, it’s also looking to provide products that may have been hard to find in the State College area, while serving as a community resource

Kinney, along with his wife Gabi and brother Marc, were operating a shop in Williamsport when they realized that there was no store in the State College area dedicated to what they were doing there — organic gardening. When the opportunity arose in early 2016 to lease space on the bottom floor of the barn, they seized it, recognizing that the Centre Region population had enough interest to support the Organic Garden Center.

Over the course of the next few months, they found customers — many of them do-it-yourselfers and homesteaders — had an interest in a number of other products they couldn’t get in the immediate area. They heard from beekeepers who traveled to Lewisburg or Wilkes-Barre to get their supplies and home brewers who went to Altoona.

“Enough of these customers said this to us that it made sense,” Kinney says. “It’s also looking at the geographical area. Just like we came here for the organic gardening and hydroponics, that wasn’t here in State College. So let’s start building in these little things that wouldn’t be able to stand on their own. A beekeeping store by itself wouldn’t be able to survive. A home brew supply store hasn’t survived in the past. But by being part of a larger business, we can make all these things work.”

Sustain, a store for reclaimed and repurposed furniture, occupied the upper floors of the barn and closed last year. When the building’s owner told the Kinneys she had interest from a salon and a business that wanted to convert it to office space, they decided to act.

“We were like ‘no, that’s not what we want above us,” Kinney says.

So they considered simply moving the Organic Garden Center upstairs. They realized they would have to add a lot to fill the space — home brew supplies, beekeeping and a produce market were their initial ideas. But to fill the store with product on their own would be a sizable sum of money.

“We can spend $150,000 on filling the store, or why don’t we start partnering up with other local businesses to create more of a collective that we all work together,” he explains.

So the Kinneys along with new partner Jonas Stryker — who started out as a customer and soon became an integral part of the business — began planning in October.

The Kinneys moved the gardening supplies upstairs, and on the bottom floor you’ll find hydroponics, including their own indoor growing efforts — they were taking a shot at broccoli in early June. It also includes home brew supplies, where brewers can find yeast, hops, grains and equipment. The shop will…