The GOP’s Drift From Reality 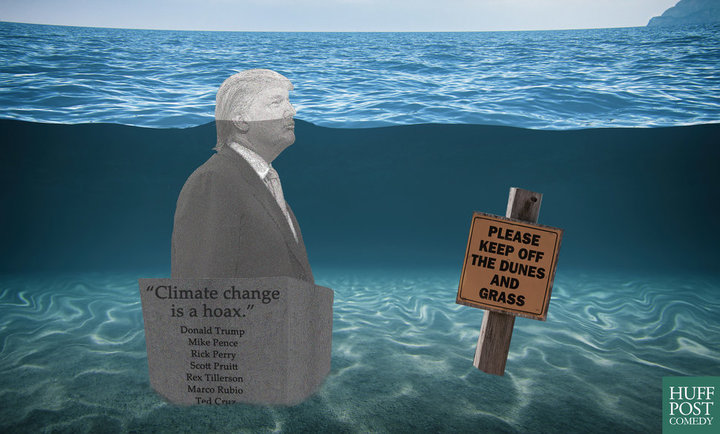 The Republican Party’s official position on global climate change is a prominent example. In the past decade, the Party has developed an inverse relationship between reality and ideology. In other words, as climate change has become more damaging and climate science more certain, the official party line has become more adamant that global warming doesn’t exist or doesn’t matter.

We can hope that this dangerous disconnect reached its limit with Donald Trump’s ill-informed decision to back out of the Paris climate accord and, more broadly, the federal government’s role in protecting the environment. Trump’s divorce from reality was evident with his claim to the world last week that despite his institutionalization of climate denial and his assault against environmental science and stewardship, America will be the “most environmentally friendly country on Earth.” The facts are that economic growth does not require carbon emissions; fossil fuels are not America’s future; and the Paris accord is not an international plot to wreck America’s economy. As multiple truth checkers have documented, Trump’s speech last week is likely to go down in history as one of the most illogical and misinformed statements ever uttered in public by a U.S. President.