The Northwest is using grassroots action to fight fossil fuels — and you can, too 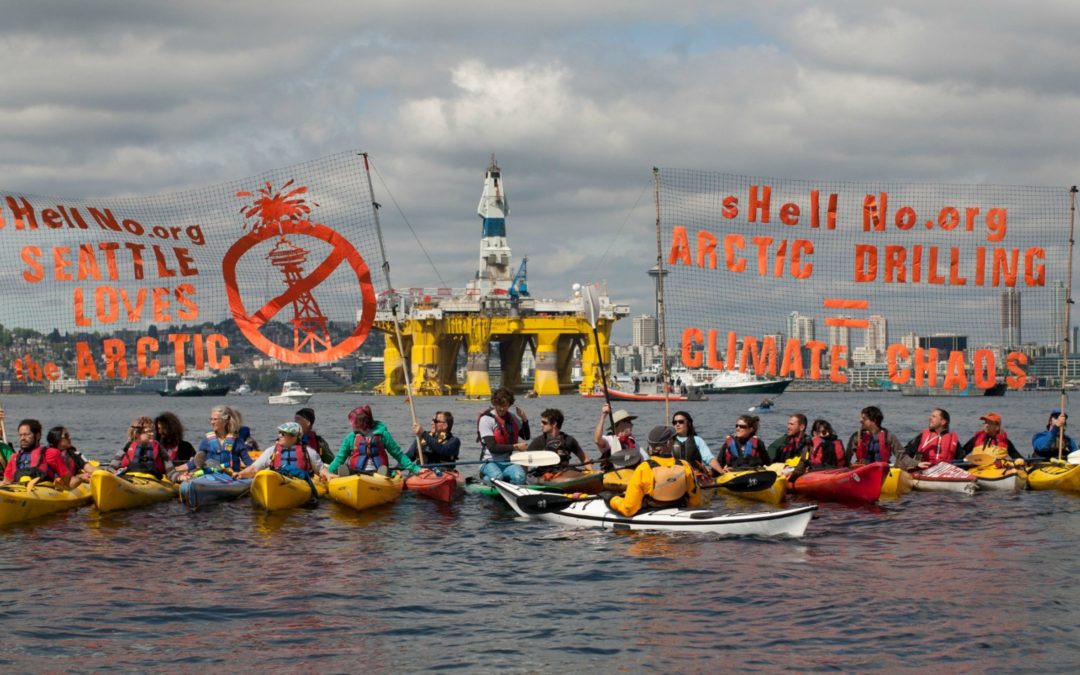 The Pacific Northwest is proving that grassroots action against the fossil fuel industry can work, and the strategies they’re using can be used anywhere.

The region has seen a tsunami of fossil fuel infrastructure proposals in the last few years — from coal export, oil-by-rail, liquefied natural gas, and more.

“And what we have seen happen, very much to everyone’s surprise, is that local grassroots opposition stopped every single project they fought against,” said Eric de Place, Sightline Institute’s policy director on energy policy. Sightline Institute is a sustainability research and communications center in the Pacific Northwest.

“The fossil fuel industry may dominate in Congress, but we crush them at the local level,” de Place said. “I think it’s a tremendously powerful technique.”

That opposition at the local level was summed up by 1 million comments — all from a public opposing new fossil fuel infrastructure projects in their communities.

The comments were delivered to Washington Gov. Jay Inslee on May 11 by a coalition of groups in the Pacific Northwest, signaling that grassroots organizing against those projects will only increase under President Donald Trump.

“There is definitely an increased sense of urgency, and we’ll get more aggressive,” said Rebecca Ponzio, fossil fuel campaign director at Stand Up to Oil, a coalition of groups opposed to new oil terminals and any increase in oil transport through the Northwest.

Stand Up To Oil delivered the comments to Inslee, and said they represent a growing environmental consciousness in the Northwest.

“I think what we’re seeing is that more and more people see themselves as part of the solution and are motivated to be engaged,” Ponzio said.

At least 20 projects have been proposed in Oregon and Washington that would have handled or moved coal, crude oil, methanol, propane, or LNG. By targeting the projects at the local level, organizers showed their communities’ opposition to the new fossil fuel infrastructure and convinced city authorities to deny the necessary permits.

“We’re seeing that place by place, these communities targeted for fossil fuel exports, they say ‘well look, ultimately the authority rests with us to decide whether or not to give you the permits — we can just say no,’” de Place said.

Northwest residents continuing to fight these projects through grassroots organizing is “what is going to keep democracy alive,” Ponzio said.

It’s not just your typical environmental activist participating in opposing these projects either, she said.

When the 1 million comments were delivered to Inslee in May, Stand Up to Oil’s event featured a commercial fisherman, a tribal elected official, a longshoreman union member, a local businessman, and an organizer focused on immigrant communities — showing the diverse coalition that is opposed to new fossil fuel infrastructure in the Northwest.