Time is Running Out to Preserve Bears Ears National Monument 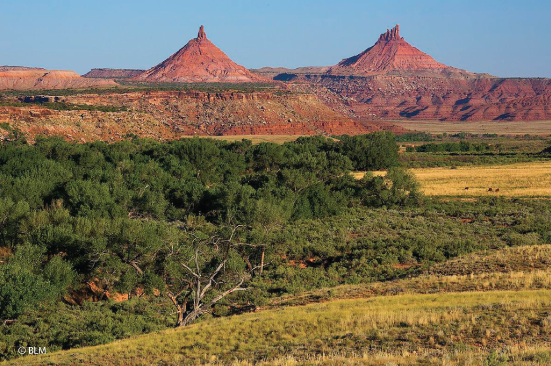 Bears Ears: A national monument 80 years in the making now faces a perilous reversal of fate.

After decades of advocacy and dedication from the Bears Ears Inter-Tribal Coalition, along with conservation, archaeological, and recreation organizations, President Obama in 2016 protected Bears Ears as a National Monument under the Antiquities Act.

Now, not even six months later Bears Ears National Monument is under imminent threat from an administration brazenly catering to the fossil fuel industry, which is furious that the area has been deemed too important to riddle with drilling rigs and mines.

President Trump’s recent Executive Order that calls upon Secretary of the Interior Ryan Zinke to “review” 27 monuments designated under the Antiquities Act since 1996, specifically singled out Bears Ears National Monument. And while the Executive Order did not require public comments, Secretary Zinke has invited public input on the monuments in question, but has limited the comment period for Bears Ears to just 15 days.

The Wonders of Bears Ears

Bears Ears National Monument is a dynamic landscape, where broad, flat mesas are gashed by narrow winding canyons and punctured by sharp pinnacles. Natural bridges and stone arches are scattered throughout the area and provide evidence of its fascinating and extensive geological history. Nothing stands out more however than the “bears ears” buttes that rise above the landscape and are visible from every direction. President Obama appropriately described Bears Ears as “unsurpassed in wonders” in his proclamation designating the monument.

This unique and stunning landscape has made Bears Ears a haven for a diversity of wildlife species, from the charismatic prairie dog to the elusive mountain lion.

Utah’s only population of Albert’s tassel-eared squirrels along with gophers, rabbits, chipmunks, and shrews hide amongst the canyons and uplands in search of food—and while avoiding a…