Trump has no sense of the backlash that’s coming 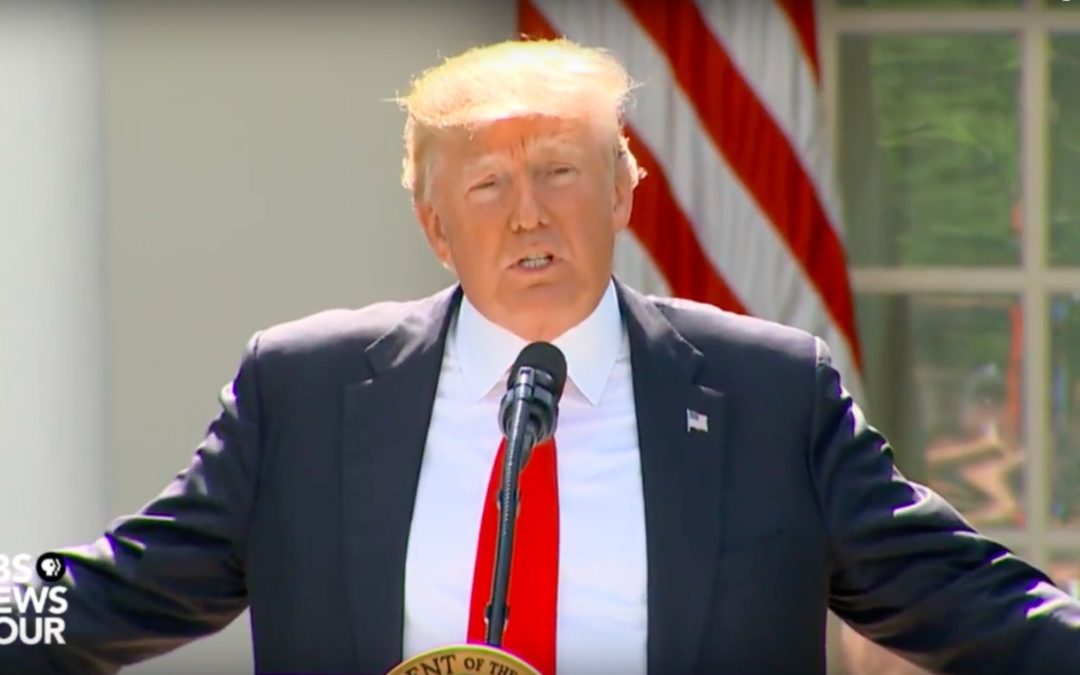 The negotiations leading up to the Paris climate accord involved years of delicate diplomacy and thousands of voices offering guidance. President Donald Trump’s handling of the decision to leave was the polar opposite.

Despite claiming that he’s been “hearing from a lot of people,” Trump doesn’t appear to have any more detailed knowledge of climate change or the 2015 deal now than when he first pledged to cancel it on the campaign trail. The “lots of people” he’s heard from include a disproportionate number of climate change deniers, even though there are far more leaders in industry and on both sides of the aisle advocating for the U.S. to remain in the agreement. They have argued that the Paris deal is important to the U.S., not just for its environmental merits, but also not to be excluded from the rest of the world, both economically and politically.

His months of hints and delays on a decision have drawn more than one comparison to The Bachelor reality show, but one with the highest of stakes. He recently went to the strongest U.S. allies at the G7 without a clear answer, leading the G6 to isolate the U.S. when it issued its communiqué that reaffirmed the agreement. As Washington Post columnist Greg Sargent noted, Trump’s nationalist case to exit Paris “does not allow space for recognition of what the Paris deal really is, which is constructive global engagement that serves America’s long term interests, as part of a system of mutually advantageous compromises.”

Trump doesn’t have any sense of the backlash that’s coming for him and the U.S. now that he’s kickstarted the process of pulling out, which won’t be official for another three years. Two factors will especially hurt the U.S.: First, the world has been dealing with the U.S. as an unreliable partner on climate change for more than two decades, and leaders still well remember the other times the U.S. reversed course on its promises; second, the world has never been more aligned in favor of action, making climate change a much bigger factor in the U.S. relationship with its allies in non-climate related issues — from trade to defense to immigration — than it once was.

Trump officials might have taken note of the consequences of U.S. inconsistency with the 1997 Kyoto climate treaty. President Bill Clinton signed the treaty, which had binding targets, but never submitted it to the Senate for ratification. In 2001, Bush officials declared Kyoto dead and withdrew the U.S. from the agreement. International backlash ensued. Some in the Bush administration, which like Trump’s was split on how to handle Kyoto, came to regret how it was handled for the damage it did to the standing of the U.S. in the world.

“Kyoto — this is not talking out of school — was not handled as well as it should have been,” Bush’s Secretary of Defense Colin Powell said in 2002. “And when the blowback came, I think it was a sobering experience that everything the American president does has international repercussions.”