Trump just gave Putin a huge gift, and no one seems to have noticed 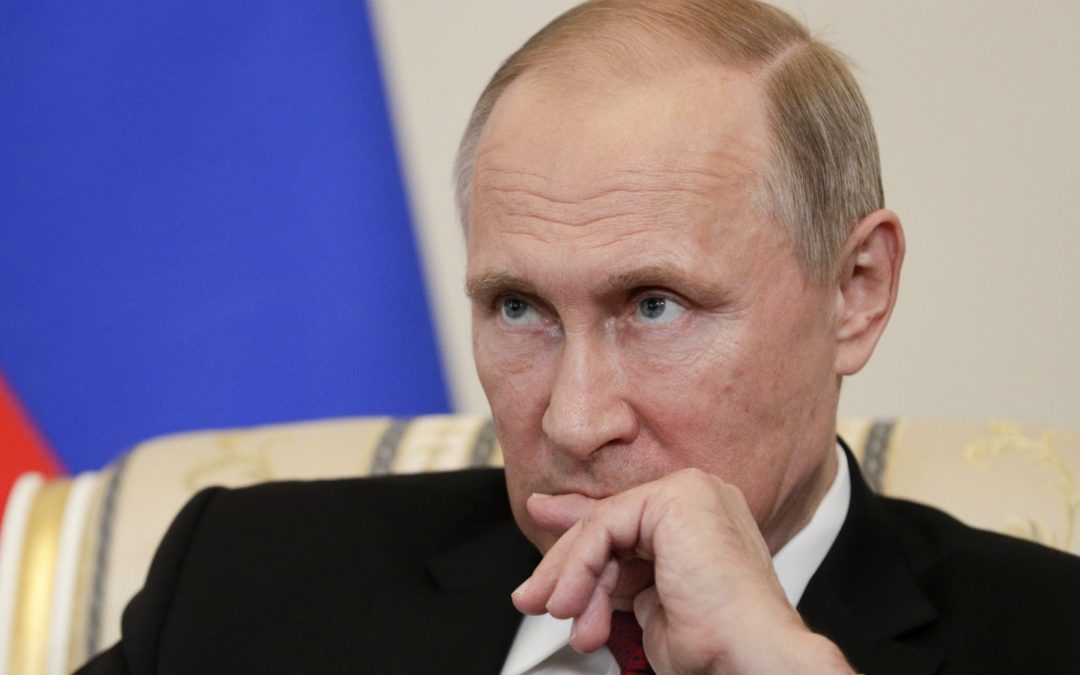 Those were the only four English words Russian President Vladimir Putin said at a St. Petersburg International Economic Forum last Friday, reacting to President Donald Trump’s decision to withdraw from the Paris climate agreement the day before.

Trump indeed has given Putin plenty of reasons to not worry and be happy. His chaotic presidency has only alienated the U.S., destabilized traditional alliances, and helped to strengthen Russia’s position internationally, and his withdrawal of the world’s biggest economy from the fight against climate change has given Putin yet another advantage. The future of the Paris climate change agreement is now more uncertain than ever, which throws more obstacles in the way of transitioning to renewables. France’s environment minister went so far as to warn that the U.S. and Russia could be the “axis of mass destruction” by advancing fossil fuels interests at the expense of global stability.

But as unique as this historic moment is, in many ways, Putin has been here before.

Trump is Putin’s fourth American president and Paris is his second massive climate agreement. The Russian leader is neither as overt nor as consistent in his climate change denial as Trump, but he’s long played the contrarian to cast doubt on the science and seriousness of the issue. What distinguishes him from Trump is his unpredictability; Putin has always lagged behind the world’s pulse on climate change, yet he hasn’t actively disrupted international agreements in the way the U.S. has. Instead, he’s capitalized on the instability, especially when the U.S. has either retreated or completely reversed itself on climate change.

Following the news that Trump intends to withdraw the U.S. from its Paris climate commitments in four years’ time, Putin has continued his longstanding tradition of hedging his bets in relation to American leadership around this issue.

Putin speculated (in Russian) at the St. Petersburg meeting about the roots for Trump’s dissatisfaction.“Maybe the current president thinks they are not thought all the way through,” he said, while continuing to offer Russian support for the agreement. He took the opportunity for some humor about climate science at the American president’s expense. “I should say that we should be grateful to President Trump because today in Moscow, I hear they’re saying it snowed and it’s raining here, very cold, so now we can blame him for that and the American imperialism,” he reportedly said, as some in the audience laughed and applauded.

Other Kremlin officials struck a tone somewhere between lukewarm support and outright skepticism about the future of the accord, which entered into force last fall and which Russia has not yet ratified. Putin’s deputy prime minister reaffirmed Russia’s commitment to eventual ratification, but other Kremlin aides have gone further to suggest that Russia may reevaluate its position. According to Newsweek, Russian state media reported one aide saying, “It is perfectly evident that without the participation of the United States, the Paris Agreement will be unworkable, because the United States is one of the biggest generators of emissions.”

At times he has called it a great threat, and at others he’s dismissed the science and the seriousness of the consequences, but what does the Russian leader really think of climate change? How have his responses shifted over the years? And are they predicated on who happens to be president as much as anything else? Experts note if he has one basic approach it’s this: Putin tends to capitalize on the chaos of global climate politics, and Trump’s presidency presents him with a golden opportunity to do just that.

“I think there’s a lot of uncertainty on how they will play it,” says Andy Bruno, a Russia environmental historian with Northern Illinois University. “It’s a good assumption that they will try to use whether they agree to join Paris or not for geopolitical leverage for other issues.”

Russia is a petrostate; its economic growth since the Soviet era has been driven by high prices in oil and gas production. With vast fossil fuel production, it ranks fourth globally in greenhouse gas emissions, after China, the U.S., and India; number one in the especially potent greenhouse gas, methane; and third among major countries in per-capita carbon emissions. Its reliance on oil and gas and interests in expanding drilling into the Arctic give Russia reason to stall on the world’s pledges to phase out fossil fuels and its subsidies.

In 2000, when the former KGB spy was less than a year into his presidency, he hosted President Bill Clinton in Moscow for World Environment Day. At that time, 192 countries had participated in the 1997 Kyoto Protocol that capped nations’ carbon emissions, but many had yet to ratify, including the U.S. — though there was still hope it would finally sign on. The two leaders issued a statement…