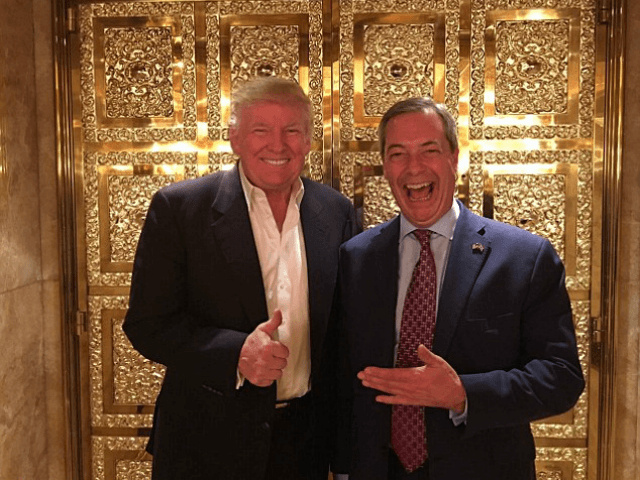 The frantic effort to assemble a workable government out of Britain’s recent national election shambles has taken a delightful new twist, with a surprise demand that Nigel Farage be given a key role in Britain’s new government.

British Prime Minister Theresa May could be under pressure to give extreme Eurosceptic Nigel Farage a key role in Brexit negotiations if she strikes an alliance deal with Northern Ireland’s Democratic Unionist Party (DUP), according to new reports.

Senior figures in the DUP have told May that she should keep Farage close and allow him to contribute to EU talks in an effort to prevent him from returning to the helm of UKIP, the party he once led, and launching a counter-campaign against her Conservative party, sources told the Sunday Times.

The figures have also suggested that Farage’s suspected return to UKIP could be abated with the promise of a peerage. Farage is said to have been in talks with Arron Banks, one of the party’s biggest donors, on Friday to discuss the future of UKIP, one of the Conservative’s closest competitors.

“They hold a few cards,” the source said. “They want Farage as a lord or a role in government or he and Arron will put something together that will cause trouble for May.”

While climate isn’t Nigel Farage’s primary concern, there is no doubt he is a skeptic. For several years, Lord Monckton served as Nigel Farage’s UKIP climate spokesman.

The Democratic Unionist Party, who are making the demand, hold the balance of power in the new UK parliament. Their support is absolutely essential for any hope for embattled British PM Theresa May to form a stable government.

This is a wholly unexpected and delicious twist from…