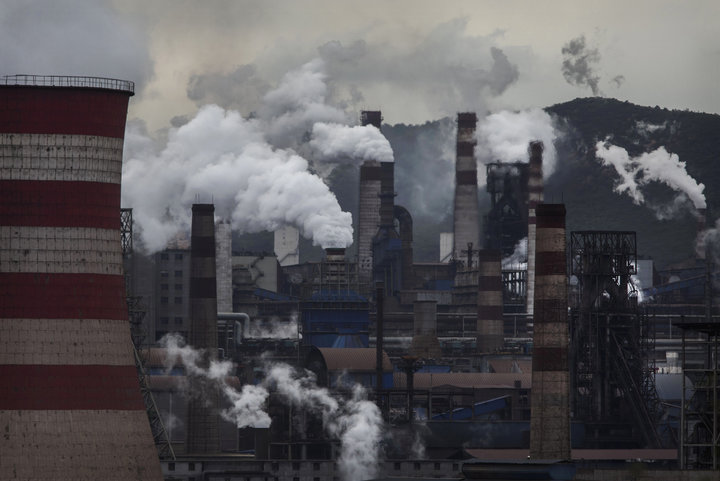 Donald Trump has done what Al Gore, Jim Hansen, climate scientists, the Sierra Club and the rest of the environmental movement could never do – make climate disruption breaking cable TV news. Trump’s histrionic, largely symbolic and recklessly self-destructive decision to abandon the Paris Climate Agreement means, among other things, that far more Americans know about the Paris Climate agreement this morning than 24 hours ago. Never has climate dominated a news cycle as it did yesterday – even when the Paris Agreement was signed by all of the world, (Nicaragua and Syria excepted).

Trump did this by providing the climate crisis with what it lacked – a single villain. He has now cast himself, for most of the global community, as a James Bond style villain, a Dr. No or Goldfinger, plotting global destruction for personal power and gain. But he is, in reality, President of the United States – not a character in a movie. And in the real world the response to villainy doesn’t come from a heroic special agent but through the collaborative response of a wide array of actors – other countries, U.S. cities, many of America’s most powerful states, and hundreds of businesses and civil society organizations.

Trump’s decision to abandon Paris has catalyzed, amplified and intensified this response. We actually, ironically, owe him a favor.

Let’s begin with the depressing decision, and then look at the hope we can all take from the resistance.

[I]n the real world, the response to villainy doesn’t come from a heroic special agent but through the collaborative response of a wide array of actors…

Trump’s decision to use the established process to exit Paris, but to remain in the underlying Rio Treaty on climate, means it will take four years for the U.S. to get out – and the American people will have a chance to vote for the next president before we leave. So this announcement is largely symbolic. Trump also made clear that he would not honor the commitments President Obama made in his Paris Pledge – but he was already busy undoing as many of those as he could. (Fortunately far fewer of these climate solutions than the media has implied are actually things Trump can reverse – we’re already half-way to meeting our Paris pledge and Trump can’t undo history.) And since Paris is a coalition of the willing, not an enforcement-based agreement, Trump was always free to walk away from our pledges, and knew it.

So as a practical matter, withdrawing from Paris in four years will have no impact on U.S. climate emissions between now and 2025. Yesterday’s announcement doesn’t give Trump a single additional tool to roll-back Obama’s climate legacy.

So why do it? Why alienate virtually the entire global community, and abandon America’s good standing as a diplomatic leader? Why let China and Germany step forward into our shoes? Why stiff more than 1000 American…