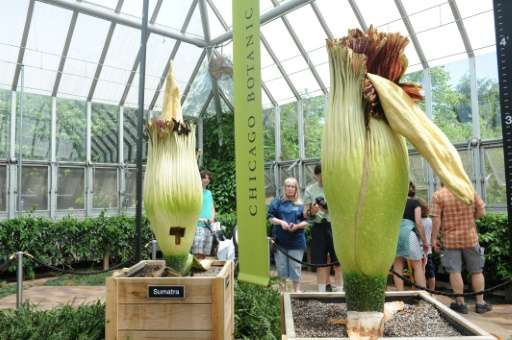 It is unusual enough to see one of nature’s biggest, rarest—not to mention smelliest—flowers bloom. But it is extraordinary to see two bloom at once.

That is why two seven-foot-tall corpse flowers at the Chicago Botanic Garden have attracted thousands of visitors this week, despite the smell of rotting flesh that the flowers emit to attract pollinating beetles and flies.