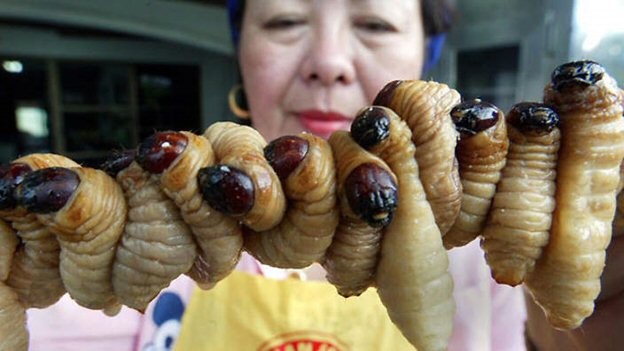 This essay was sent unsolicited to me, and while I consider the topic pointless for western cultures, it’s worth a read just to see how other parts of the world think – Anthony

Where going vegan is suggested as one of the better alternatives to reduce GHGs emission, non vegans still can enjoy meat, blameless for the emission of GHGs – replacing insects for livestock in their diet.

Eating meat is vital to meet the nutritional requirement, on the other hand, nature has to tolerate high level of GHGs while rearing those animals; its catch 22. Nonetheless, insects based food recipe is a wise solution for this problem.

Insects rank topmost species regarding abundance in the world where, some 2111 species of them are recorded to be edible. They are known for high protein and less fat diet and are rich in calories, thiamin, riboflavin, iron, minerals that makes them perfect substitute for conventional beef.

Regarding sharply rising demand for meat, and insects as a sustainable meat source, UN estimates , by 2050, when the population of world is forecasted to reach 9 billion, meat shortage would be a reality – population depends upon insects to meet the void. Hence, it is likely that we will be consuming insects throughout the globe very sooner than we have anticipated.

Vegans have been long