US cities and states back Paris deal but ignore climate finance 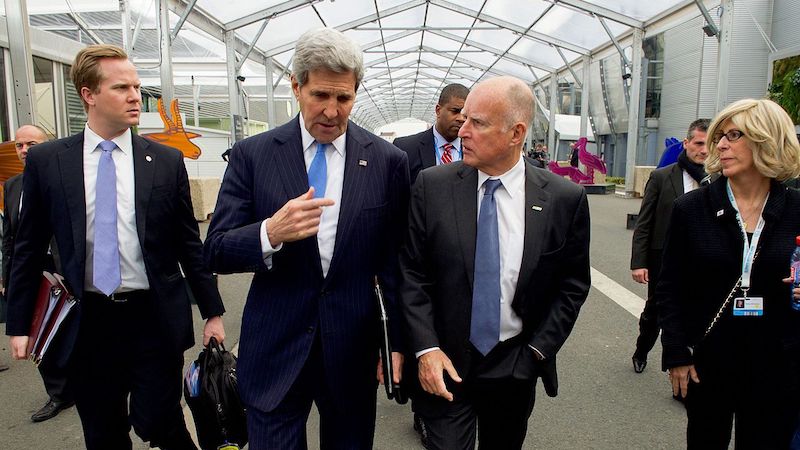 Several US states and cities have committed to cut emissions despite president Trump, but only Seattle remembered cash commitments to the developing world

A wave of anti-Trump, pro-climate enthusiasm has washed across the US since president Donald Trump decided to abandon the Paris climate agreement.

Affirmations of the Paris goals have come from thousands of centres of power. State capitols, mayors’ offices and boardrooms have aligned to tell Trump “We Are Still In”. Twelve states, plus Puerto Rico, representing a third of US citizens, have joined the United States Climate Alliance, which commits to meet the carbon cuts the US pledged to the Paris accord.

But those standing by the agreement had, until this week, universally ignored the part of the deal that binds it all together – cash.

The leaders of Germany, France and Italy recognised this in a joint statement released within hours of Trump’s announcement in which they reaffirmed their commitment to the deal “including its climate finance goals”.

But Paris-allies in the US have assiduously ignored this aspect. Even California governor Jerry Brown, lauded as the US’ new climate leader, was silent on cash when he responded to Trump’s Paris withdrawal this month.

On Monday, Seattle city council bucked that trend with official recognition that support for the UN Green Climate Fund (GCF) was part of the US’ responsibilities under the Paris deal.

Under the Paris Agreement, rich countries agreed to channel funds through the “Financial Mechanism”, a set of institutions including the GCF, to the developing world.

“Being in Paris means more than just mitigating your emissions,” says Benito Müller, the convenor of international climate policy research at Oxford University’s Environmental Change Institute. “We need to make sure it becomes common currency that finance is recognised as part of the Paris Agreement.”

Firstly, it supports emerging economies like China, India and South Africa – responsible for a growing share of global emissions – in shifting to a cleaner development pathway. If they can be encouraged to meet rampant energy demand from renewables instead of coal, it makes the climate safer for everyone.

Secondly, it goes to protect the poorest, who have done…