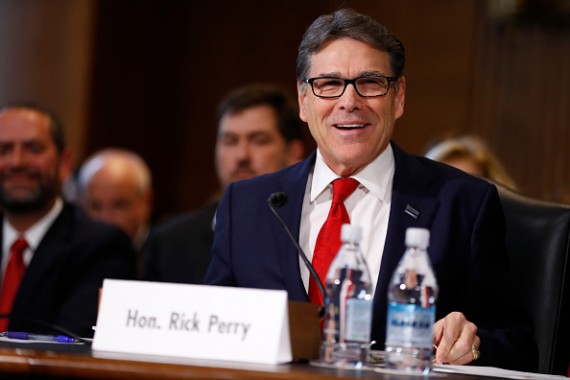 In an interview with CNBC’s “Squawk Box,” Energy Secretary Rick Perry noted that ocean waters and the environment are the main forcea behind climate change.

“Most likely the primary control knob is the ocean waters and this environment that we live in,” said Sec. Perry during the interview. “The fact is this shouldn’t be a debate about, ‘Is the climate changing, is man having an effect on it?’ Yeah, we are. The question should be just how much, and what are…