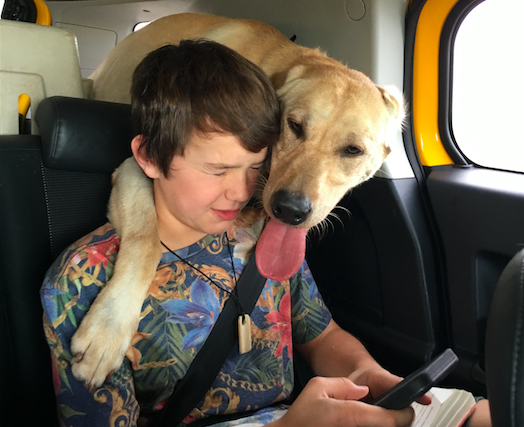 The U.S. Department of Agriculture says it has removed all M-44 cyanide bombs — used to kill coyotes — from lands in Idaho after one of the devices injured a teenaged boy and killed his family dog.

M-44s are spring-activated devices that spray sodium cyanide, which renders cells unable to absorb oxygen and suffocates victims. In March, 14-year-old Canyon Mansfield of Pocatello, Idaho, was walking his dog, Casey, near their homes when he mistook one of the traps for a sprinkler head.

When Canyon touched the device, cyanide powder sprayed all over the boy and dog. He watched his beloved pet die a violent death, frothing blood at the mouth. While Canyon survived with medical treatment, he suffered from coughing, nausea and vomiting, and his family is unsure what long-term effects of the poison might be.

After the incident, the Mansfield family called for a federal ban on M-44s in a White House petition, and 19 environmental groups petitioned the USDA to cease using the devices.

On Monday, the USDA Wildlife Services Western Regional director Jason Suckow sent a letter to those conservation groups announcing it had removed all M-44s from Idaho:

We take seriously the incident…