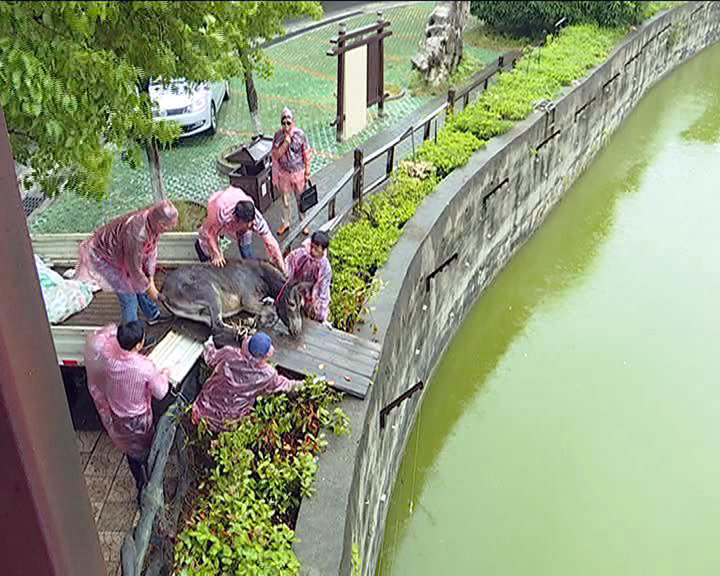 donkey reportedly became collateral damage over a dispute between an investor and managers of a zoo in China.

Shocking video uploaded to LiveLeak on Monday shows a group of men shoving a donkey off the back of a truck and into a tiger exhibit. The donkey lands with a splash into a moat that surrounds the enclosure.

The donkey struggled for 30 minutes in the water as several tigers pounced on it, according to China’s English language news site the South China Morning Post.

The below video was reportedly filmed on Monday at the Yancheng Wild Animal World in the Jiangsu province of eastern China.

Warning: The below footage is graphic: