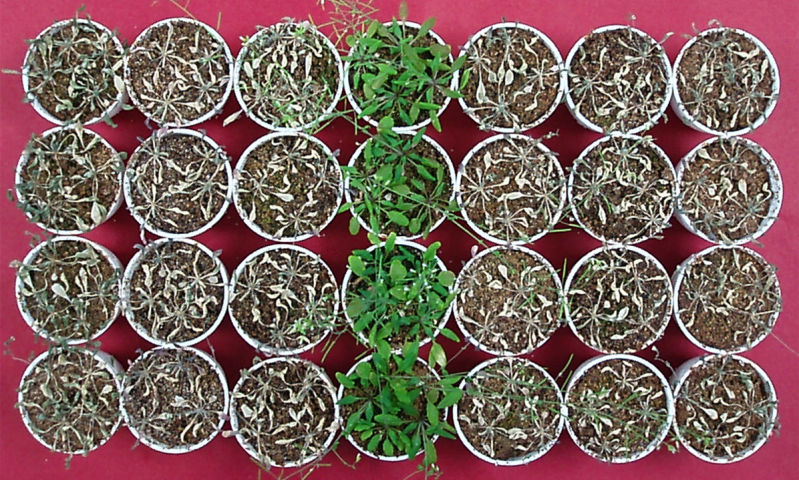 Led by Jong-Myong Kim and Motoaki Seki at RIKEN CSRS, the large collaborative effort began with the discovery of novel Arabidopsis mutants that have strong drought tolerance, although the reasons were unknown. These plants have a mutation to an enzyme called HDA6 (histone deacetylase6), and the first goal of the current study was to determine exactly how this mutation allows the plants to grow normally in severe and extended conditions without water.

Kim and Seki say that this project has led to several important discoveries. Not only did they discover that external application of vinegar can enhance drought tolerance in the Arabidopsis plant, but they also found that this pathway is regulated epigenetically and conserved in common crops such as maize, rice, and wheat.

Initial testing in normal Arabidopsis under drought stress showed that genomic-wide expression of hda6 was linked to activation of the biological pathway that produces acetate, the main component of vinegar. In the mutated plants, they found that under…