What, Me Worry? 400 Earthquakes in One Week at Yellowstone Supervolcano 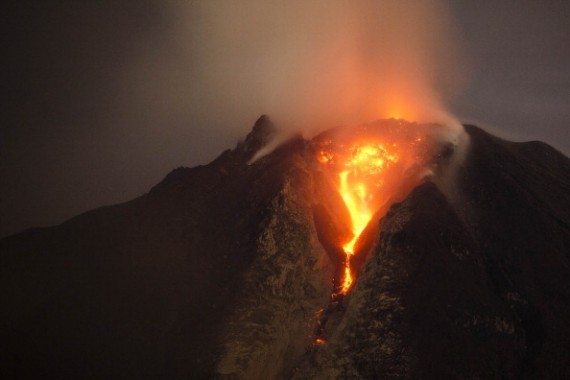 How was your week last week? Hot enough for you? Did you get caught in the rain? Whatever your weather scenario was, it can’t top the week had by the supervolcano beneath Yellowstone National Park. After a long period of relative calm, the area around the volcano registered more than 400 earthquakes in a single week.

Most of the quakes were less than 1 on the Richter scale, too small to be felt. But the most powerful was a magnitude 4.5 quake on June 15th centered eight miles NNE of the town of West Yellowstone.

By Monday June 19, 464 earthquakes had been recorded inside the park. “This is the highest number of earthquakes at Yellowstone within a single week in the past five years, but fewer than weekly counts during similar earthquakes swarms in 2002, 2004, 2008 and 2010,” said one seismologist.