With Trump Going AWOL On Climate, California Governor Seeks China As An Ally 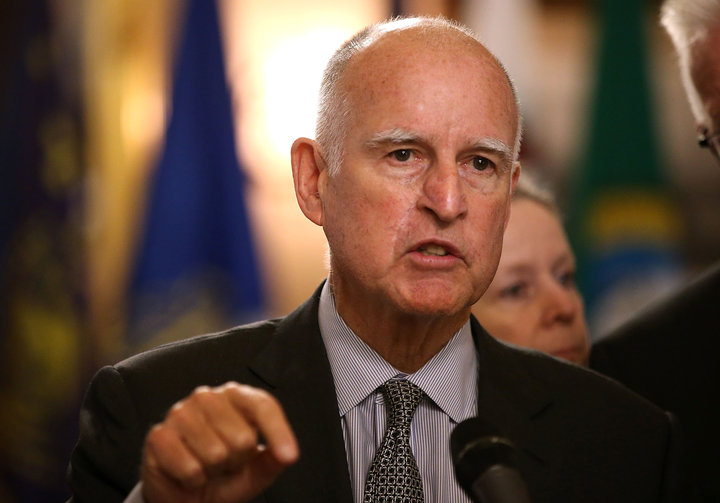 As President Donald Trump reportedly prepares to withdraw the United States from the Paris climate accord, California Governor Jerry Brown is getting ready to take on the role of America’s de facto climate ambassador. Brown will depart Friday for a week-long visit to China, where he will meet with Chinese leaders and members of the global Under2 Coalition, an ad hoc alliance of countries, states and municipalities committed to taking action to keep global temperature rises within two degrees of pre-industrial averages.

While Trump has characterized climate change as a “hoax” created by China, Brown and California have forged numerous climate-action partnerships with Chinese politicians, regulators and scientists. Those partnerships date back as early as 2005 and have involved clean-energy investments, pollution-regulation trainings and sharing of best practices as China builds its first carbon cap-and-trade market this year. In 2013, California became the first subnational body to sign a climate agreement with China’s most powerful economic regulator. Since California and Baden-Württemberg, Germany formed the Under2 Coalition in 2015, two Chinese provinces have joined. Brown will be visiting those provinces and looking to bolster clean energy investment on this China trip.

For years, subnational agreements kept the flame of international climate cooperation burning, despite frosty relations between Washington and Beijing on climate. That frost began to thaw in late 2014, when former President Barack Obama and Chinese President Xi Jinping shook hands on a major bilateral carbon reduction agreement — commitments that cleared the way for the Paris accord a year later. But with Trump now planning to exit that agreement, Brown says the ball is back in California’s court. Los Angeles Mayor Eric Garcetti has already said that his city will adopt the Paris accord if Trump doesn’t, and Governor Brown will be looking to build on that momentum with his Under2 Coalition.

The WorldPost sat down with the governor in Sacramento and asked Brown about working with China on climate.

In describing California’s outreach to China, you’ve said California is not merely a state but a nation-state. What does that mean in the context of climate change?

California, in terms of its economy, is the fifth largest in the world, with a gross domestic product of more than $2.4 trillion. We have Silicon Valley. We…