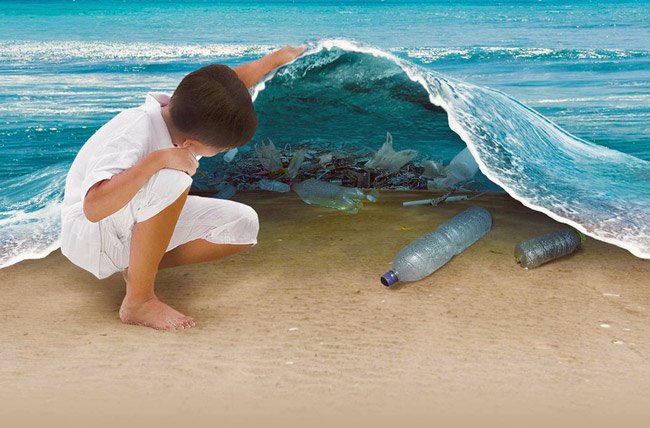 France’s Vittel mineral water company introduced the first plastic bottles — for any product — and they hit the market in the late 1960s, only fifty years ago. In the beginning, the plastic bottle was promoted as a means for making products more readily available. The idea proved correct, and other companies followed suit. Business was good, but as distribution increased so did a mountain of bottles with which we’ve been left to sort out.

In total, eight million tons of plastic trash ends up in our world’s oceans every year. Once in the ocean, it can take thousands of years for each individual piece of plastic waste to break down, and when it does, it simply pulls apart into millions of very small fragments of plastic – it never “disappears.” It’s…