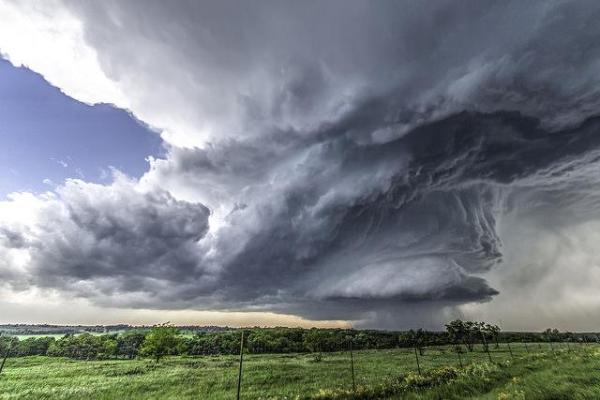 Unmitigated climate change will make the United States poorer and more unequal, according to a new study published in the journal Science. The poorest third of counties could sustain economic damages costing as much as 20 percent of their income if warming proceeds unabated.

States in the South and lower Midwest, which tend to be poor and hot already, will lose the most, with economic opportunity traveling northward and westward. Colder and richer counties along the northern border and in the Rockies could benefit the most as health, agriculture and energy costs are projected to improve.

“Unmitigated climate change will be very expensive for huge regions of the United States,” said Hsiang, Chancellor’s Associate Professor of Public Policy at UC Berkeley. “If we continue on the current path, our analysis indicates it may result in the largest transfer of wealth from the poor to the rich in the country’s history.”

As the rich move away from disaster zones, the poor are left behind

By Leah Platt Boustan, Maria Lucia Yanguas, Matthew Kahn, and Paul W. Rhode
on Jul 1, 2017 6:00 am
Cross-posted from the Conversation

Every year, major earthquakes, floods, and hurricanes occur. These natural disasters disrupt daily life and, in the worst cases, cause devastation. Events such as Hurricanes Katrina and Sandy killed thousands of people and generated billions of dollars in losses.

There is also concern that global climate change will increase the frequency and intensity of weather–related disasters.

Our research team wanted to know how disasters affect people’s decisions to move in or out of particular areas. We created a new database that covers disasters in the United States from 1920 to 2010 at the county level, combining data from the American Red Cross as well as the Federal Emergency Management Agency (FEMA) and its predecessors.

Our work shows that people move away from areas hit by the largest natural disasters, but smaller disasters have little effect on migration. The data also showed that these trends may worsen inequality in the U.S., as the rich move away from disaster-prone areas, while the poor are left behind.

The abstract of the first study;

Estimating economic damage from climate change in the United States