Insanity and hypocrisy Down Under 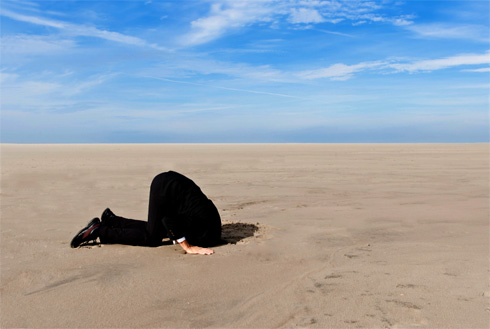 Al Gore’s bombast and hypocrisy, an energy debacle “no one saw coming,” lessons for USA

The Wall Street Journal called it the energy shortage “no one saw coming.” Actually, a lot of people did see it coming. But intent on pursuing their “dangerous manmade climate change” and “renewable energy will save the planet” agendas, the political classes ignored them. So the stage was set.

As an Australia-wide heat wave sent temperatures soaring above 105 degrees F (40.6 C) in early 2017, air conditioning demand skyrocketed. But Adelaide, South Australia is heavily dependent on wind turbines for electricity generation – and there was no wind. Regulators told the local natural gas-fired power plant to ramp up its output, but it couldn’t get enough gas to do so. To avoid a massive, widespread blackout, regulators shut off power to 90,000 homes, leaving angry families sweltering in the dark.

According to the Journal, Aussie politicians and the wind industry, the primary problem was businesses that exported 62% of Australia’s natural gas production in 2016, leaving insufficient supplies to run gas backup power plants that are supposed to step in when wind and solar power fail. Policy makers “didn’t ensure enough gas would remain at home” and couldn’t foresee temperatures soaring with no wind.

Gas export licenses were issued without regard to the consequences for the domestic market,” said one pol. We should have had “a national interest test” in place to ensure domestic gas needs, said another.

During this and even bigger Aussie blackouts, valuable fish, meat and produce rotted when freezers and refrigerators shut down. Business operations were interrupted or shut down. Rising electricity prices and unreliable power impacted smelters, factories and other businesses, causing many to lay off workers.

The blackouts and energy debacle “offer lessons for America, as it prepares to vastly increase natural gas shipments abroad,” the Journal advises. It certainly does, though not the lessons suggested by the article or people quoted in it, amid the “excessive exports” narrative. Here are some of the correct lessons.

First and foremost, have debates and red team-blue team exercises. Listen to experts who aren’t locked into climate chaos and renewable energy themes. Foster public discussions, instead of silencing them. Understand the entire situation and all the likely consequences of each alternative, before legislating.

Recognize and study reality. Dead calms occur frequently when temperatures are at their highest, or their lowest – when families, businesses, hospitals and schools need electricity the most. Clouds can blanket regions for days or weeks on end. Reliance on wind and solar is risky, and reliable backup is essential.

The justification for eliminating coal and mandating 50% wind and solar is heavily rooted in fears of catastrophic manmade climate change. But the alleged crisis has no basis in observed evidence. The 18-year pause continues apace, with the El Niño temperature spike of 2015-16 gone … and average global temperatures back down to where they were in March 2015. Hurricanes, tornadoes, floods and droughts are in line with or below multi-century historic trends and fluctuations and are hardly unprecedented. Greenland just recorded its most frigid July temperature reading in history: -33 C (-27 F).

If alarmists have evidence to the contrary, they must present it for review – including original temperature data, not the revised, homogenized data that American, Australian and other scientists have been presenting to support cataclysm claims and justify demands that we eliminate fossil fuels and switch to renewable energy, regardless of the unprecedented energy and economic risks that would pose.

Second, if Australia (or the USA) is to “keep what’s theirs,” instead of exporting it, keeping it in the ground is the wrong way to do it. Exports may be playing a role. But Victoria and New South Wales have banned fracking, more are likely to follow, coal burning and nuclear are also banned – and you cannot export, use or generate electricity with energy that you are prohibited from taking out of the ground. You cannot benefit from resources you hoard and lock up.

Ban fracking, and you ensure more natural gas shortages, soaring electricity prices, ever-greater reliance on expensive, unreliable wind and solar power, more blackouts, more layoffs, more economic downturns and dislocations, more shipping of good jobs overseas. Your may get many new low-pay jobs hauling, installing, maintaining and removing wind turbines and solar panels made in China. But you won’t have smelters, foundries, turbine and panel factories, or the high-pay jobs that go with them.

Adding to the problem, Institute of Public Affairs research director Brett Hogan notes, many coal and gas operators are investing less in maintenance because there is little point in spending on plants that activists and politicians are trying to shut down. “That explains why their reliability is starting to wobble at times, which the renewables crowd falsely claims is proof that fossil fuels are also unstable.”