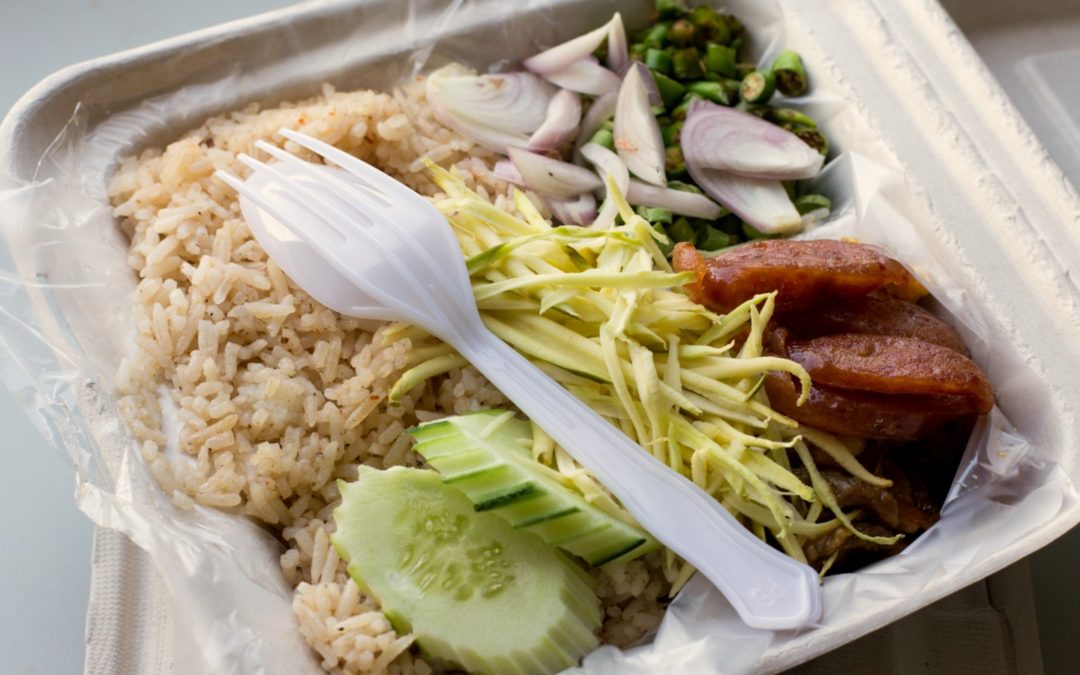 Whether for stabbing salads at our desks or slurping up late-night Thai, plastic cutlery has become a signature side to our growing takeout habit. It’s hard to say exactly how many forks, spoons, and knives Americans throw away, but in 2015 we placed nearly 2 billion delivery orders. If at least half those meals involved single-use utensils, that would mean we’re tossing out billions of utensils each year. They don’t just disappear: A recent study in the San Francisco Bay Area found that food and beverage packaging made up 67 percent of all litter on the streets.

Apart from being an eyesore, disposable cutlery endangers wildlife. A survey by four major environmental groups determined that plastic utensils ranked among the 10 most common trash items found in California — which contributes to a larger problem: The United Nations estimates that the oceans contain more than 8 million tons of plastic. As plastic breaks down, it can be mistaken for food by sea creatures, which can harm them and our seafood dinners.

A few options have surfaced in recent years. In 2010, a company in India started selling edible spoons and forks made from grains. Closer to home, California-based SpudWare’s forks are made from potato starch. But such alternatives, which cost about twice as much as plastic, still require a lot of energy and water to produce, according to Samantha Sommer, who runs a waste-prevention project for