Near ‘Pit of Despair,’ seniors plant ‘Garden of Hope’ 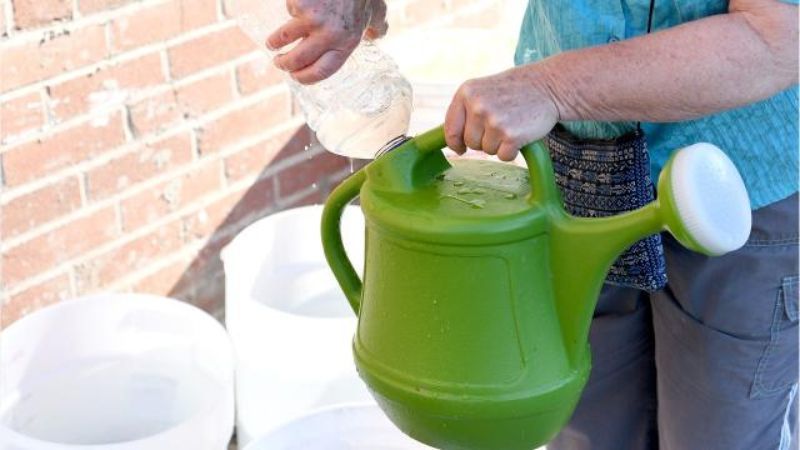 ASHEVILLE – You can learn a lot from companion plants.

Rue, also known as herb-of-grace, thrives in dry conditions. But it cannot tolerate basil, which inhibits its growth.

“Both are beautiful in their own right and have their own qualities and gifts for the garden,” said Clare Hanrahan, coordinator of Elder & Sage community gardens, a guerrilla gardening group. “It’s just the same way with people who come forward, who are attracted to a space to nurture life on a gravel lot.”

The gardening group is primarily seniors from the Vanderbilt and Battery Park apartments. They, with some volunteers, are covering an empty downtown lot on Page Avenue with homespun sculpture, garden beds, even a wheelchair ramp, hand built with salvaged wood scraps.

“We were eager (to secure the space), because we’d run out of cracks in the sidewalk to plant things in, and we wanted a little more food security,” said Hanrahan.

“I just had a meal with the chard we’re growing, and it’s a wonderful feeling to provide your own food with your own labor and energy.”

Hanrahan applied for the lot through Asheville’s Community Gardens Program, a fulfillment of the city’s Food Action Plan. It allows citizens to start edible gardens on parcels of city land. There is no cost to lease the land. But the benefits, say the gardeners, are many.

“I just had a meal with the chard we’re growing, and it’s a wonderful feeling to provide your own food with your own labor and energy,” Hanrahan said.

The contract with the city for the use of the Page Avenue land is good for one year. Whether the agreement will be renewed is not yet known.

For now, tomatoes are growing in beds erected in the gravel where the water-ruined Sister Cities building used to stand. Men with protective masks came to tear down that moldy structure last year, which would have cost more to repair than demolish.

In its place now grow marigolds. Squash sprouts merry yellow blossoms. The seniors who tend to this space say they’re nurturing more than just cucumbers and herbs. They’re growing their own sense of purpose.

“Just having people drop off discards from grocery stores is not very empowering, and it creates a certain dynamic,” Hanrahan said, noting Battery Park seniors like herself are still grateful for donations they receive from nonprofits like MANNA FoodBank. But growing one’s own food has a positive emotional impact, she said. “We want self-reliance.”

That compost was donated by Compost Now, which gave as much as 500 pounds of that black gold to the garden. Everything here, including labor, has been donated.

A retired veteran and a single father of nine adult children ages 20 to 52, Smith said he feels like he’s been “put out to pasture.”

“When I get stressed out, this really relieves a lot of that,” he said quietly. “Instead of sitting up there being angry, I come out here to plant, and the plants are showing a lot of love back.”

Hanrahan stopped to reiterate to Smith the garden rules regarding compost. It’s black gold, to be used sparingly, she pointed out, tucking the remainder under a tarp for safe keeping.

Smith turned back to his seeds, and Hanrahan pointed out the diversity of the people tending the garden, whom she said were all differently abled and…