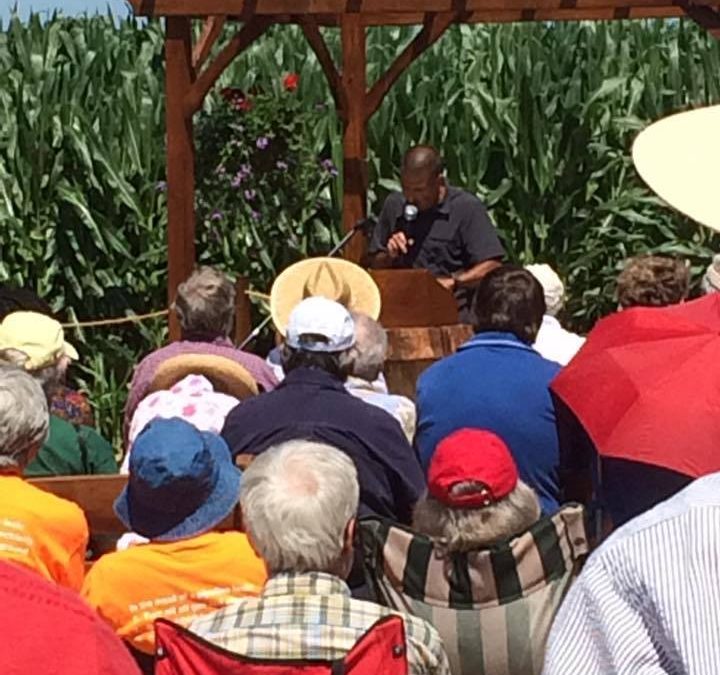 If the management team at Williams Partners was having flashbacks on Sunday, it was by design. The Oklahoma-based pipeline company has met stiff resistance to its proposed Atlantic Sunrise pipeline since it was first announced in 2014. On Sunday, hundreds of opponents of the project congregated in an outdoor chapel in Columbia, Pennsylvania on property owned by the Adorers of the Blood of Christ, an order of Catholic nuns. Among those in attendance were representatives from another order, the Sisters of Loretto, from Kentucky who helped defeat Williams’ Bluegrass pipeline in 2014.

The Sisters of Loretto led the congregants in the singing of “Amazing Grace.” A video of the nuns singing the hymn at a Bluegrass pipeline open house in 2013 became an internet sensation…